DALMATIAN PELICAN in West Cornwall
Patch birder Paul Freestone had a Pelican species fly over him at Gwithian, east of Hayle (Cornwall), on Saturday afternoon (7th May), this same bird being seen on Sunday in St Ives Harbour, Cape Cornwall and later off Land's End and Porthgwarra. With some excellent photographs taken, it soon became apparent that the bird was an adult DALMATIAN PELICAN - the first to be seen in Britain since 16 November 1974 (Evans 1991, Rare Birds in Britain 1800-1990, page 14). With its identification confirmed, next job was to try and find out its origin and with both Hayle Wildlife Park's Pink-backed Pelicans accounted for, Paignton Zoo was contacted and that drew a blank too. In fact, all five of the UK's captive Dalmatian Pelicans were soon found to be behind 'bars' so the investigation widened. Ace intelligence officer Christopher Batty was soon 'on the case' and armed with Steve's superb flight shots from Cornwall soon got a match - it was an adult seen a month earlier in Poland, still bearing the broken p7! As a result of this information, the twitch was on and the news of its presence viral....
After a quick conversation with CBWPS Bird News operative and keen Cornish birder David Parker, local birders were soon on the ground and searching hard and within no time at all, Mark Halliday had intercepted it - flying in high from the south at Swingates House, Land's End at around 0910 on 9th. Seemingly it dropped down on the small fishpond within the grounds to feed but as the first of the locals arrived, it took flight from the pond and drifted off in the direction of Skewjack Pools. It quickly became apparent that the bird was doing its best to find somewhere to land and feed and for the next few hours, commuted between Skewjack and Brew Pools but without much success. It also visited Trevorian Pool at Sennen briefly (where some stunning photographs were taken) as well as standing forlorn in a ploughed field for the best part of an hour SW of Escalls Chapel. The weather then started deteorating and after being flushed from near Skewjack late afternoon, it then went to ground early evening as heavy rain and high winds set in. Around 100 twitchers had managed to connect including Neil Alford from North Norfolk!
Tuesday 10 May dawned foggy and grey with poor visibility continuing throughout much of the morning. A couple of hundred birders had gathered, spreading themselves widely between Land's End, Polgigga, Escalls, Sennen and Marazion. Hours of searching then followed but other than a singing male Serin and two vagrant Woodchat Shrikes, the Pelican was not to be found. Late in the morning a shout went out that the bird had been seen flying east south of St Michael's Mount at Marazion and a whacky races style departure hastily took place, with carloads of twitchers heading first for Marazion and then onward to Helston Loe Pool, Helston Boating Pond and the Hayle Estuary! It later transpired that the information was erroneous - it had actually related to a flyover Osprey - and as everybody was otherwise waylaid, the Dalmatian Pelican itself reappeared - circling the Land's End complex from about 1115. It remained in flight for a long period of time, drifting very slowly southeast towards Skewjack and Nanjizal, before finally dropping down onto the Porthgwarra pools some 45 minutes later. Fortunately, the majority of car-loads managed to get back in time, but as John Chappell endeavoured to video the bird at PG, it took flight again and spent the next hour or more criss-crossing the Penwith countryside, flying back & forth over Bosistow Lane on numerous occasions. At around 1320 hours and with the sky clearing and temperatures rising to 21 degrees C, it thermalled ever higher in the sky, seemingly disappearing to the east. I stopped watching it then, as did the majority of others, but as further twitchers arrived during the afternoon, it was relocated several more times in the vicinity, Keith Holland and his mother last reporting it at around 1530 hours.
Just 14 twitchers connected on Wednesday morning - the bird once more visiting Porthgwarra, Nanjizal and Swingates House - before dense fog blanketed the Penwith peninsular and remained throughout much of Thursday - a day of just two brief reports from St Buryan.
Peter De Vries very kindly supplied me with a detailed summary of European sightings since 2014, 'our' particular adult being first sighted at Chygirynskae Water Reservoir in BELARUS from 10-15 January 2016. It was then relocated in POLAND, where it remained at Przygodzice Fishponds from 6-11 April 2016 before moving to GERMANY, where it visited numerous locations from Berlin, Brandenburg, Volkmannsdorf and Worms between 14 April and 1 May 2016. By 3rd May, it had reached Alsace in France, and with strong Southeasterly winds, hot conditions and clear skies made its landfall in West Cornwall on 7th May.
Four further Dalmatian Pelicans had been recorded in NW Europe since 2014 including a juvenile in Germany that had escaped from Zoo Munster on 20th November of that year and had survived in that country until 29th April 2015 before relocating to Poland from 14th August 2015 until at least 3rd May 2016. A second immature was then believed to have escaped prior to pinioning at Amneville, France, in February 2015, this bird visiting a fishpond in Borow, Poland, from 7th March to 2nd April 2015. There then followed two considered vagrants, both in Lithuania - in Kelme District from 21st May 2015 to 6th January 2016 and at Nemunas Delta on 3rd July 2015.
Elsewhere in Europe, four individuals, a breeding pair and two offspring, are free-flying in Italy, while in France, up to 40 individuals are known to be resident at a single Zoo, several adults of which are free-flying but fortunately marked with green rings.
At the time of writing, the British Birding Association/UK400 Club is treating the Cornish Dalmatian Pelican as a likely genuine vagrant, particularly as several countries have already admitted this same bird onto their national lists (eg, 7th record for Poland). 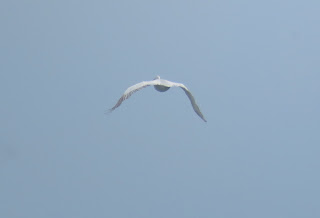 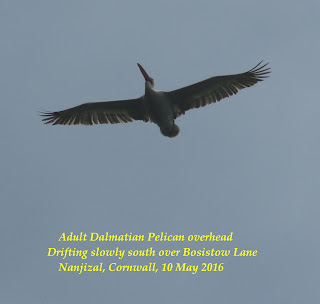 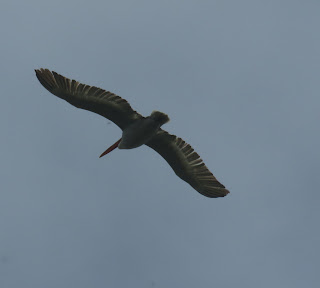 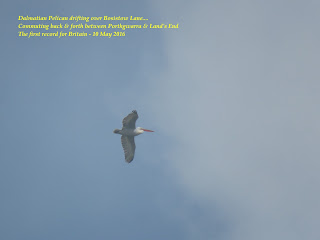 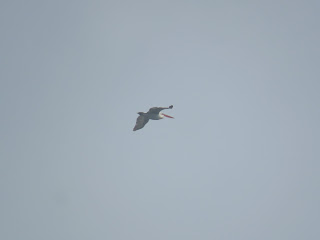 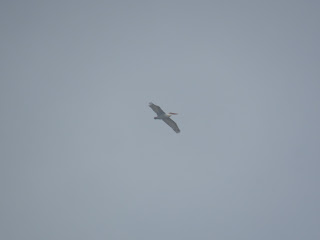 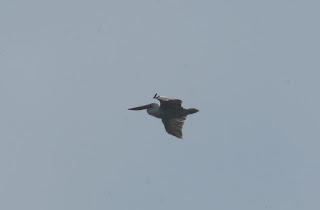