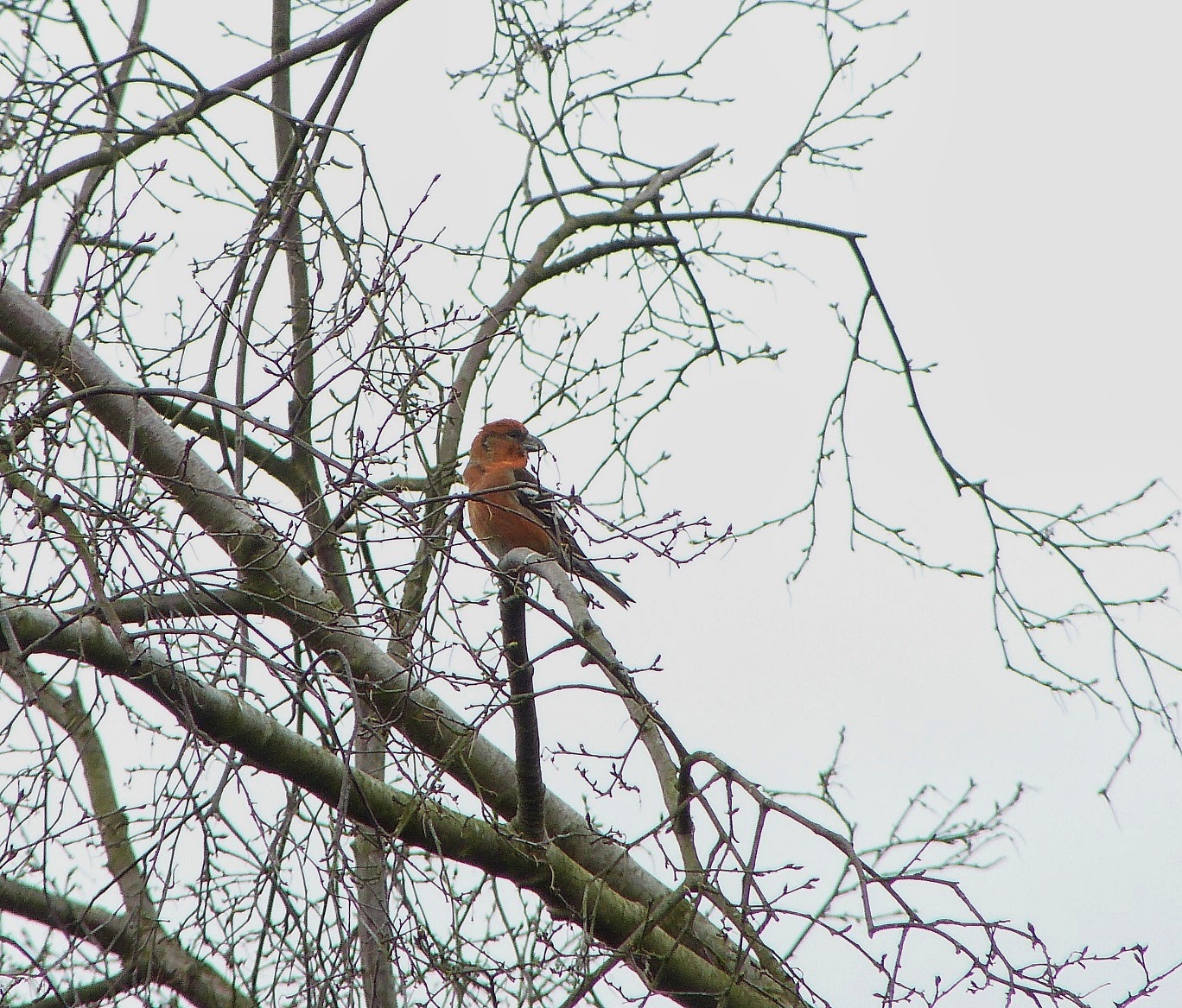 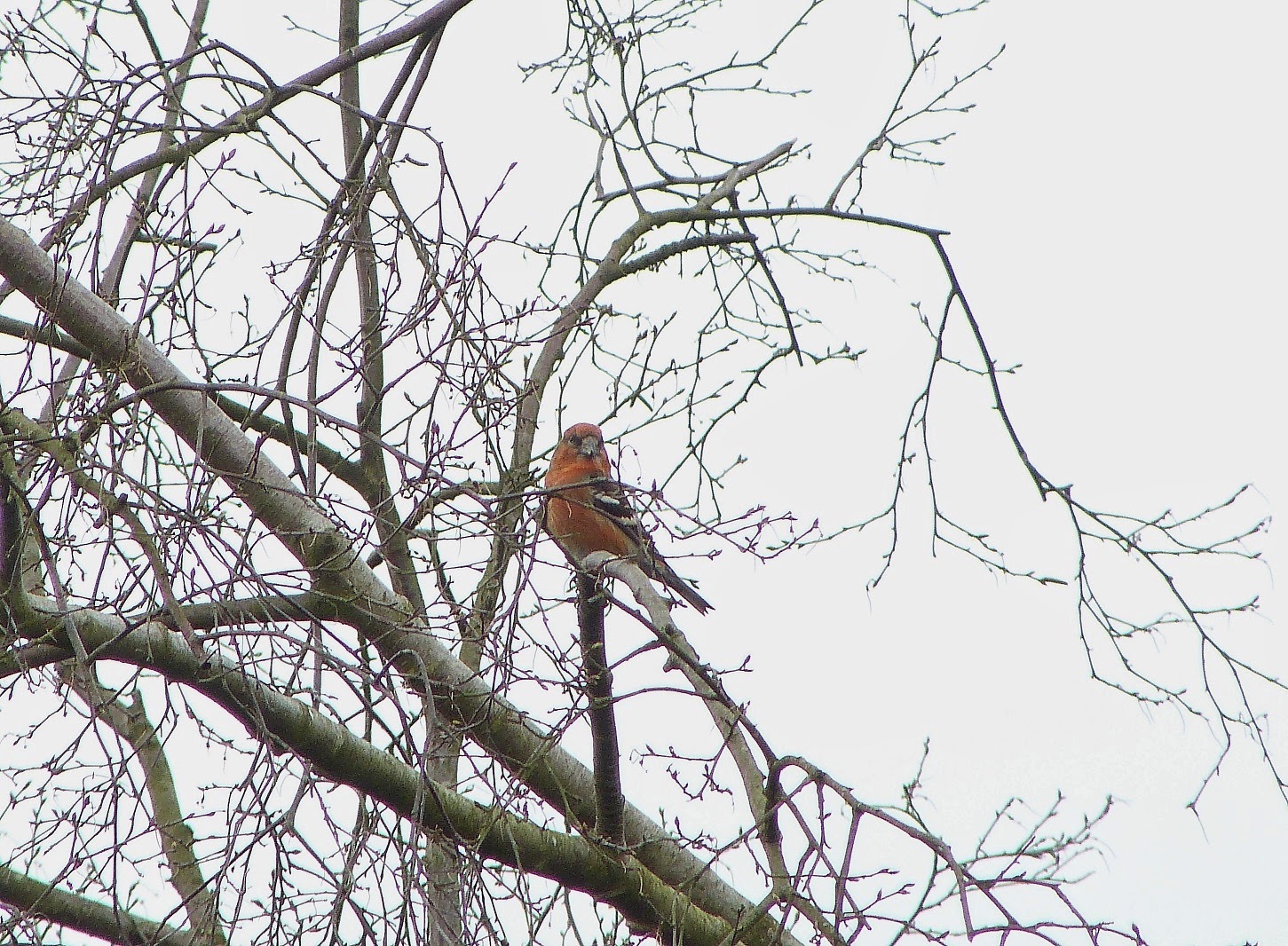 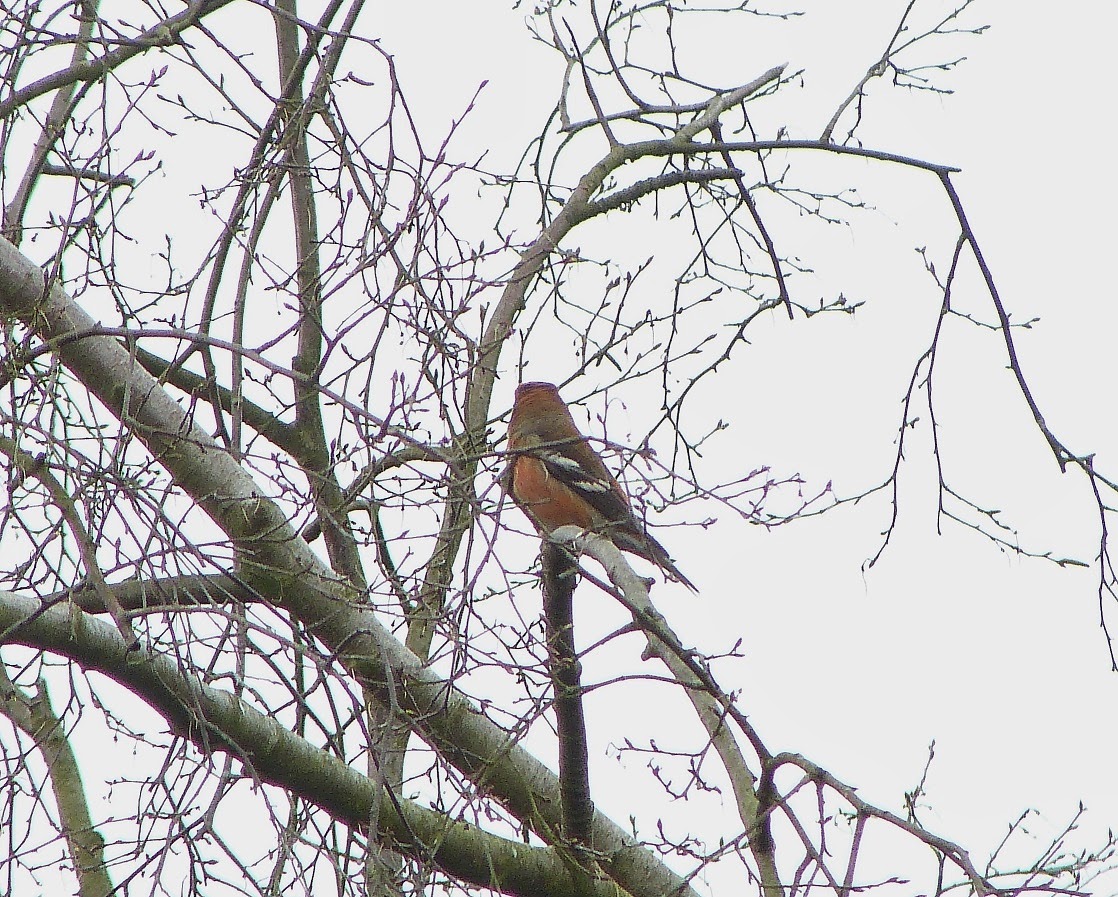 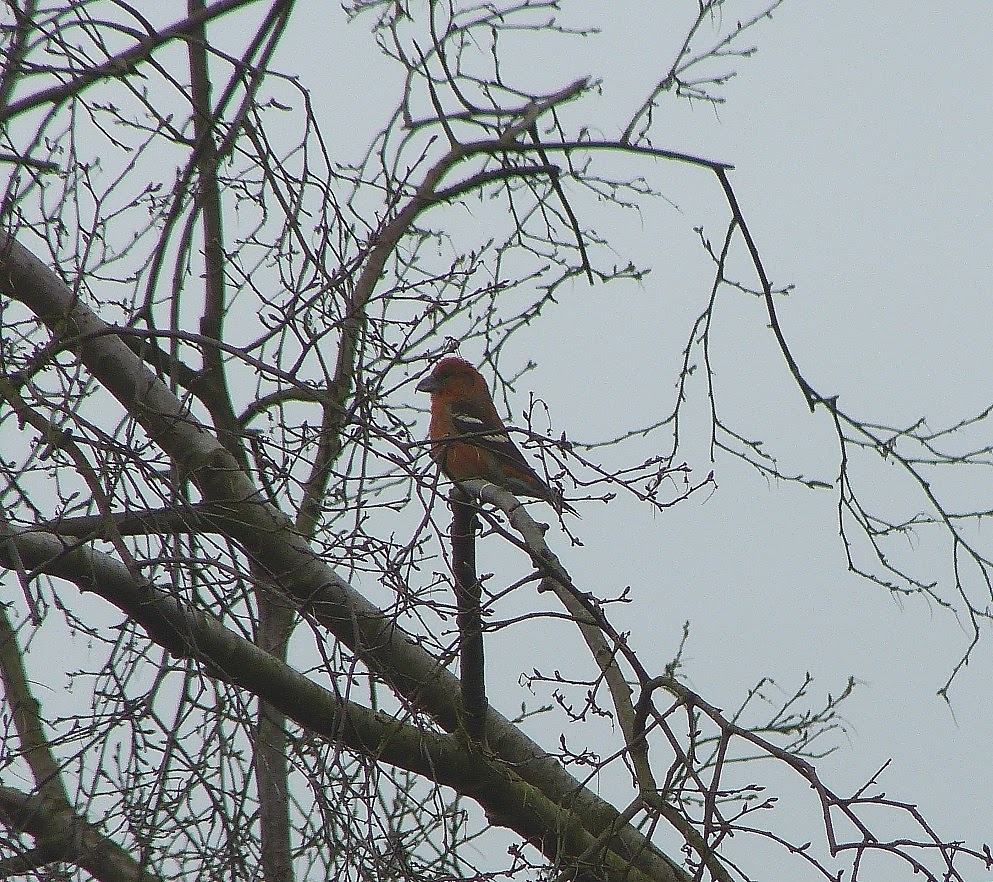 This male crossbill has been present in Surrey for over a month and is seemingly paired up with a female Common Crossbill. It has obvious white wing-bars but they are infiltrated with a buffish wash. It is daily reported as a male Two-barred but in my view, and others such as Gerry Hinchon, it is more likely just a very well-marked and wing-barred COMMON CROSSBILL. It reportedly makes ''jipp jipp' call notes and does NOT respond to the playback of Two-barred. It is one of a number of male Common Crossbills with broad wing-bars recorded in Britain during this year of the invasion of Two-barreds.