BADGERS in the firing line once again.... 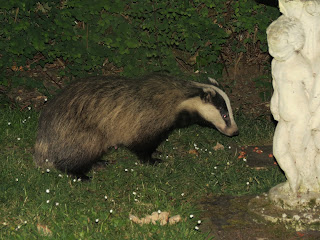 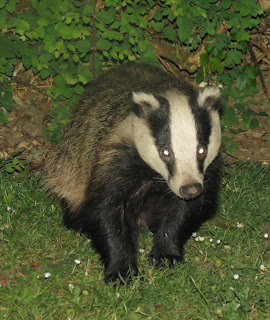 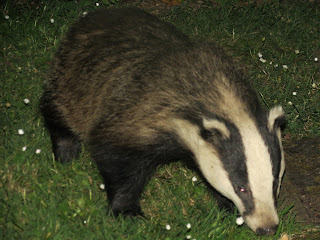 The Badger Trust has condemned the government’s decision to continue with the pilot badger culls in Gloucestershire and Somerset as ‘completely irrational’.

“These culls were sold to the public as an experiment to see if free-shooting badgers was humane and effective,” says the Badger Trust’s CEO, Dominic Dyer, “and on both counts they have comprehensively failed.”
The government's Independent Expert Panel (IEP) and now the British Veterinary Association (BVA) have condemned free shooting as 'inhumane' .  There was a failure to achieve the minimum number of badgers killed in either annual cull in Gloucestershire and in Somerset the second year of culling achieved a much reduced target figure.

“However, the real scandal is that the vast majority of culled badgers will not have had Bovine Tuberculosis (bTB),” continues Dominic Dyer. “The government has insisted that none of them are tested for the disease either before or after they are killed. This means the culling method is not only ‘blind’ but also that there is no way of ever knowing if it has worked.
“Defra’s own data suggest that while 15% of badgers may test positive for bTB, just 1.6% of them are capable of passing on the disease. This means 98.4% pose no risk whatsoever to cattle and 85% are likely to be completely bTB free. Trying to control bTB in cattle by culling badgers that don’t have bTB doesn’t make any sense.”

Two of the UK’s leading naturalists and broadcasters Chris Packham and Steve Backshall have joined with the Badger Trust to condemn the government’s decision. “Ignoring science and going back to the dark ages culling badgers to keep certain lobbies happy, is a terrible idea,” says Steve Backshall, whilst Chris Packham has said, “There are plenty of reasons to oppose the culling of badgers but underpinning them all is the fact that the science says, indeed all the scientists say, that it’s the wrong thing to do”.
“The government and the farming lobby are continuing to play the badger blame game in order to mask their failure to properly control this disease,” says Badger Trust Chairman, Peter Martin, “the Welsh Government’s approach has been far more successful by focusing on improved testing and movement controls in cattle. New incidents of  bTB in Wales are down 28% with a 45% cut in the number of cattle being slaughtered. This leaves 94% of the Welsh herd now free of bTB, without culling any badgers”.

The Badger Trust is urging the government to adopt the same approach in England and also to consider the economics of the cull. “Two years of badger culling have cost the tax payer in the region of £15 million,” continues Peter Martin, “it’s the most expensive wildlife cull of its kind on record. And to what effect? Culling badgers costs ten times more than vaccinating them”.

“To cap it all,” concludes Dominic Dyer, “Defra’s latest figures [1] show TB incidents in and around the cull zones are actually increasing. This was predicted not just by the scientists but was also highlighted as a serious concern in the government’s own risk assessments. Taking all these factors into consideration, their decision to carry on culling badgers is completely irrational”.
"DEFRA’s December 2011 policy on badger culling confirmed that it will be necessary to undertake a further cost/benefit analysis before rolling out culling beyond the two pilot areas (paragraph 4.18):
‘Culling in two pilot areas will enable us to test our and the farming industry’s cost assumptions for elements of the policy where there is currently uncertainty. Alongside the outcome of the evaluation of culling in the pilot areas (see paragraph 6.1), this will also inform our decision on wider roll-out of the policy.’

“As far as we are aware, no such cost/benefit analysis has yet been undertaken, and it is not clear how it could be undertaken until the conclusion of the pilot culls.

“The decision to extend the badger cull to Dorset in particular has no scientific justification as the County has seen one of the largest declines in bTB rates in England with a 37.25% drop between 2012 to 2014 without killing any badgers.”
Posted by Lee G R Evans at 14:10

A close encounter of the SABINE'S GULL kind...

Unusually strong SW/West winds during the first few days of August 2015 resulted in the finding of Greater Manchester's 5th SABINE'S GULL on 4th - showing down to literally just a few yards close to the Horrock's Hide at Pennington Flash Country Park. The bird quickly drew a large crowd, culminating in well over 300 visitors during the course of the day, as it associated with a large Black-headed Gull flock waiting for scraps on the mere. Although I was at Spurn Point when I heard of it's finding, it was a bird I could not resist seeing and after a drive of 98 miles across the M62, I eventually arrived on site just after 3pm. It was nice seeing so many well-known faces - all of local origin - and the bird, well, just look - showing well you could say, thanks to the car park burger van and her supply of soft buns........ 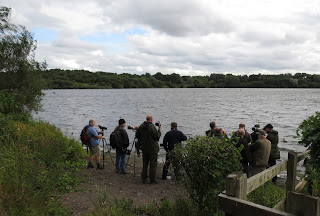 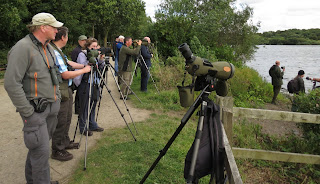 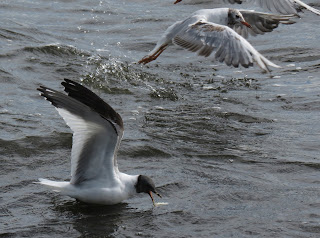 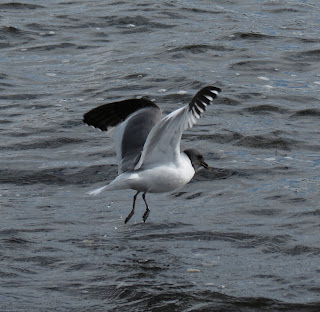 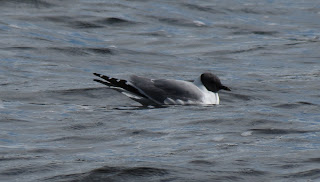 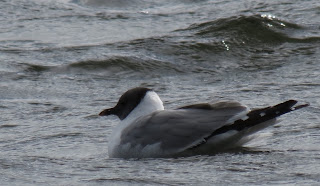 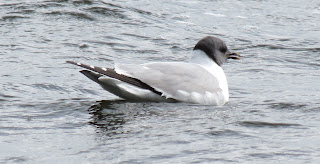 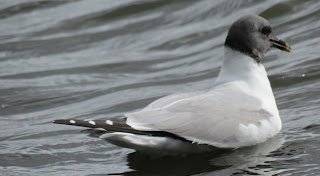 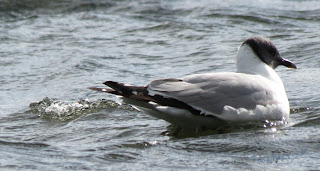 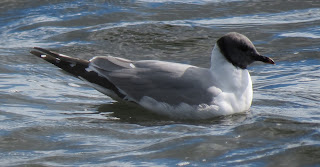 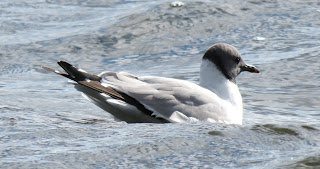 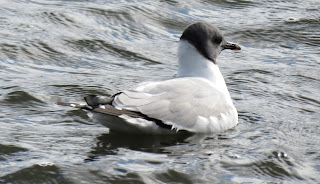 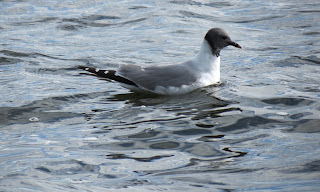 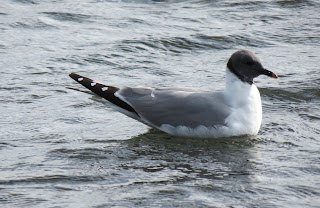 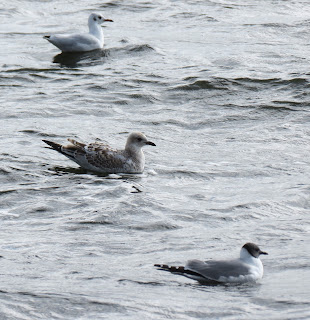 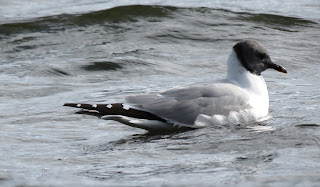 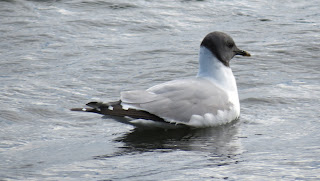 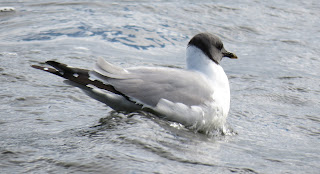 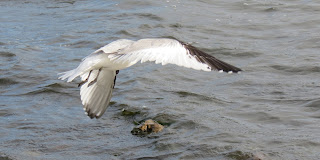 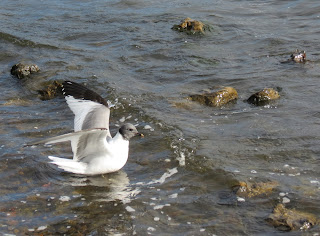 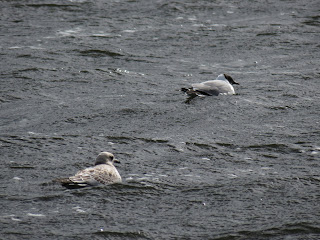 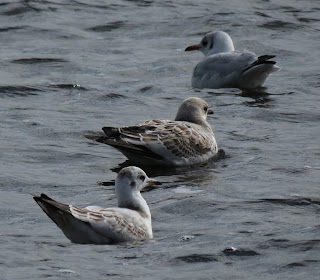 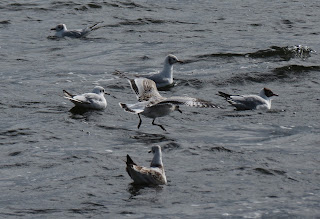