Peter Clarke lived for Holme Bird Observatory in North Norfolk - it's birds, mammals & butterflies filled his life of that environ for the best part of 50 years. Sadly, Penny Clarke texted me the devastating news that her father had quietly passed away last Thursday, after a very long battle with illness - the end of yet another chapter in UK birding I am afraid. I first met Peter in the mid 1970's when twitching Tawny Pipit, Lesser Grey Shrike and Black-eared Wheatear on the reserve. Although he wasn't a great fan of twitching and its antics, he always had time for me, as I would try and cajole him with my counts of migrating European Turtle Doves and Linnets that were a feature of North Norfolk back then. He was a character that reminded me of my headmaster (always telling me off) and I remember getting into a heated conversation with him after he trapped & ringed a Thrush Nightingale on site without saying a word and releasing it unreported. He was certainly one of the greats though, pioneering so much information in my formative birding years. Goodbye Peter
Posted by Lee G R Evans at 19:27 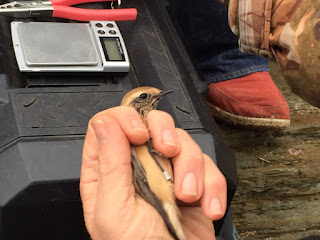 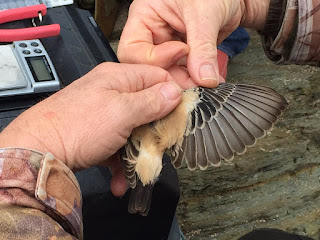 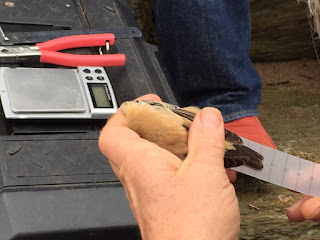 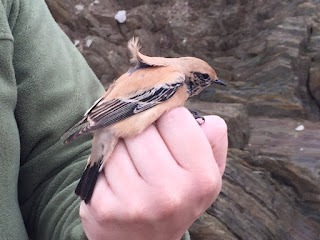 15 new members of a most exclusive club

Following an exceptional autumn that has seen the likes of 13 Siberian Accentors, 5 White's Thrushes, 4 Black-throated Thrushes, a Siberian Thrush, an Eyebrowed Thrush, 5 Asiatic Brown Shrikes, a Black-faced Bunting, Eastern Kingbird, 2 North American Cliff Swallows, 7 Pine Buntings, Eastern Crowned Warbler, 5 Isabelline Wheatears, 5 Eastern Yellow Wagtails, perhaps 7 Stejneger's Stonechats and a Killdeer this past week, an unprecedented number of twitchers have now crossed through that magical 500 barrier, resulting in 325 in total. Steve Gantlett, on the other hand, becomes the first to reach 600 (with Siberian Accentor) and is now three clear of his nearest rival Chris Heard on 602
Posted by Lee G R Evans at 11:22

Autumn 2016 - the Year of the SIBERIAN ACCENTOR irruption
When news of a Siberian Accentor trapped & ringed on Utsira (Norway) on 6th August 2011 hit the headlines, no birder could have foreseen what was to follow just five years later in October 2016. With a protracted period of strong East/NE winds starting late September and continuing well into October, indications of something incredible happening began in Finland on 4th October, when another Siberian Accentor was discovered, followed by several more in Scandinavia over the next few days. It seems that because of a particularly bumper breeding season in Arctic Russia, presumably due to a startling bloom in insect matter, this tiny but beautiful Dunnock-like bird has irrupted. So much so, that by 24th October, a staggering 153 had been discovered in Europe, including 56 in Sweden, 45 in Finland, 10 in Denmark, 7 in Germany, 6 in Estonia, 6 in Poland, 5 in Latvia, 5 in Norway, 3 in Lithuania and a single in The Netherlands. With such a huge arrival, it was inevitable that the UK would share in, that being achieved when a brightly marked individual was discovered by Judd Hunt in a small quarry at Scousburgh (Shetland) on 9th October - the first record for Britain & Ireland. As one would expect, that sparked off an epic twitch, with no fewer than 177 observers connecting during its two-day stay. However, for those with less money or time to spend on the hobby, the prayers were answered on 13th October, when Spurn stalwart Lance Degnan discovered a first-winter feeding at close range with up to 4 Dunnocks on hard standing opposite Easington Gas Refinery in East Yorkshire. Being at such an accessible location for many, this bird was a real top drawer, attracting over 4,000 observers in its week-long stay! In fact, the irruption proved remarkably kind to the home range, Britain reaping 9 different records between 9th and 24th October - truly sensational!
SIBERIAN ACCENTORS IN BRITAIN 4TH-24TH OCTOBER 2016
1) Scousburgh, Shetland, 9th-10th October;
2) Easington Village, East Yorkshire, 13th-19th October;
3) Huntscliff, Saltburn, Cleveland, 15th October;
4) Hendon South Dock, Sunderland, County Durham, 16th-18th October;
5) Holy Island, Northumberland, 18th October;
6) Troila Geo, Fair Isle, 20th October;
7) Lund, Unst, Shetland, 22nd-24th October;
8) Fair Isle, 22nd October; 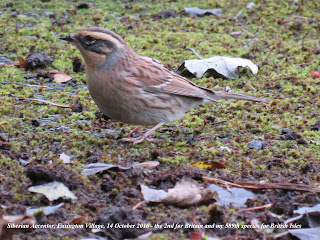 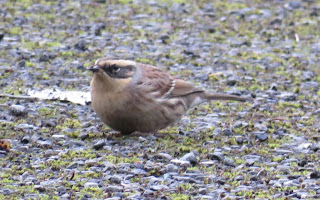 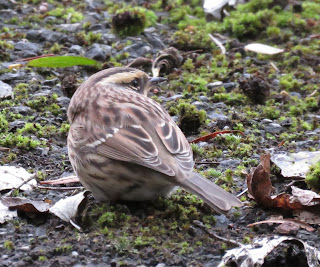 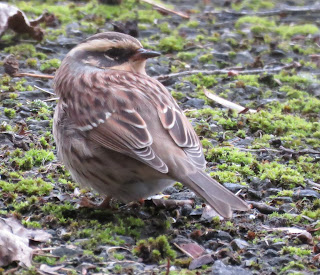 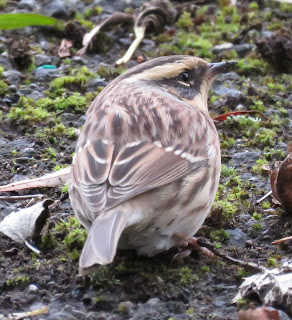 Yet another PURPLE GALLINULE

PURPLE GALLINULE in North Lincolnshire
An adult has been discovered this afternoon at Alkborough Flats NR, 8 miles north of Scunthorpe, showing at 250-300 yards range at the reed edge from the first hide. Use the car park off of Whitton Road DN15 9JG. This record comes very hard on the heels of our first considered genuine Purple Gallinule at Minsmere RSPB Reserve (Suffolk) on 31st July to 4th August and associated with a widespread dispersal from breeding grounds in France due to severe drought.
Posted by Lee G R Evans at 17:10

PURPLE GALLINULE gets an upgrade! 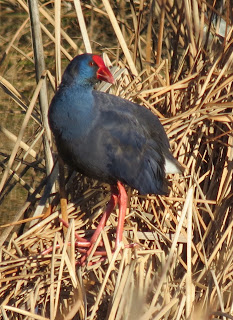