EASTERN RED_FOOTED FALCON IN YORKSHIRE - THE FIRST RECORD FOR BRITAIN 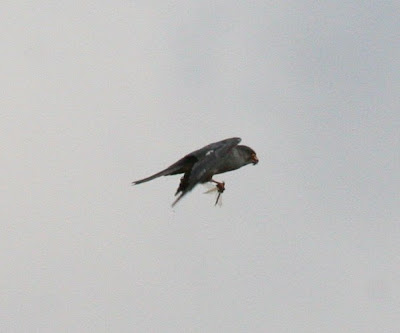 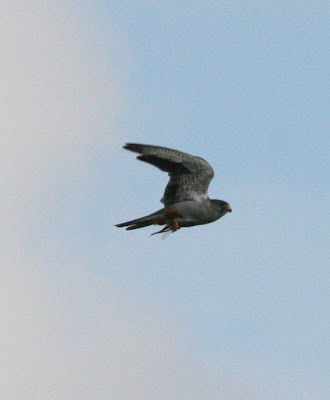 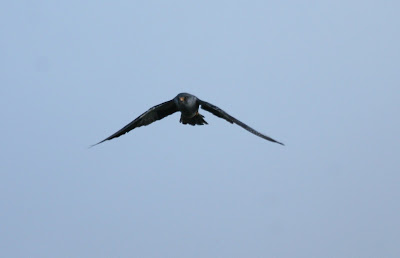 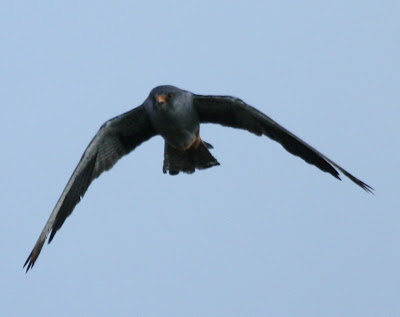 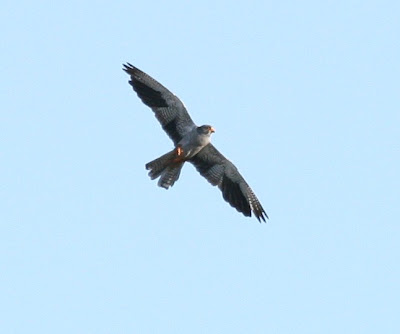 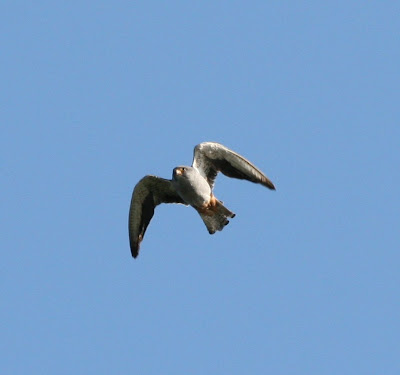 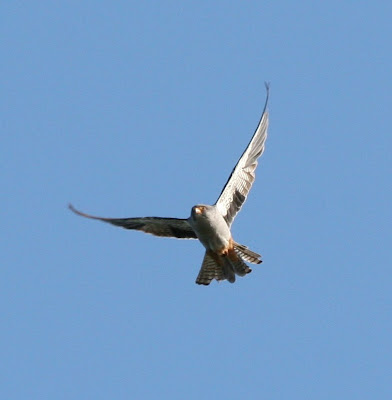 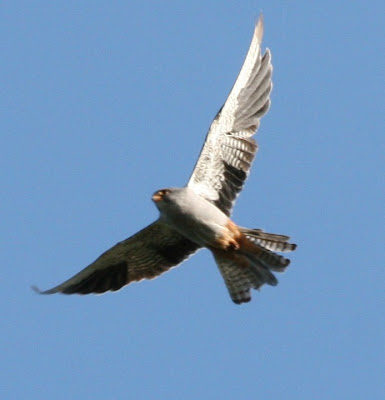 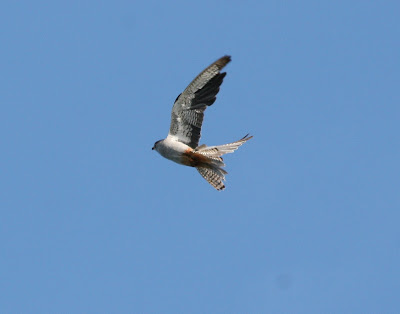 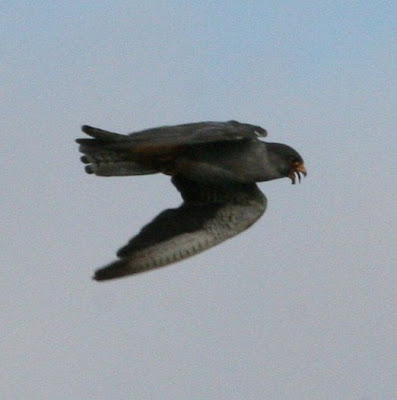 The first EASTERN RED-FOOTED FALCON for Britain was present at Tophill Low Reservoir (East Yorkshire) from Sunday 14 September until Thursday 16 October 2008, where it frequented the South Lake.
Although it disappeared for up to six days at a time during its prolonged stay, it would always return on calm, warm days to catch dragonflies and other winged insects. When present on the reserve, it showed extremely well on occasions and was photographed by numerous observers during its stay (the wonderful selection above were all taken byDavid Bryan).
Although Chris Batty had questioned the bird's identification as Red-footed Falcon - suspecting it may well be an Amur Falcon - from as early as 23rd September, his doubts were quashed by several British identification experts and, so, were not passed on to a wider audience. It was not until it had disappeared that images revealing the true extent of its pied underwing coverts and new gleaming white underwing-coverts were released on to the internet. The rather pale new tail feathers emerging were also a giveaway as well as the more contrasting moustachial and generally paler bluish-grey plumage.
Despite being present for 33 days, very few 'national' birders visited the site to see it and apart from perhaps 100 local Yorkshire birdwatchers, just a handful of others were fortunate enough to witness this staggering occurrence. These included Andrew Appleton, Andrew Lawson and James Hunter from Kent who sensibly 'popped in' whilst returning from the Brown Shrike dip on 25th September.
There have been at least six records of Eastern Red-footed Falcon (Amur Falcon) in Italy (over the Messini Straits) and one in Sweden.
Posted by Lee G R Evans at 21:38