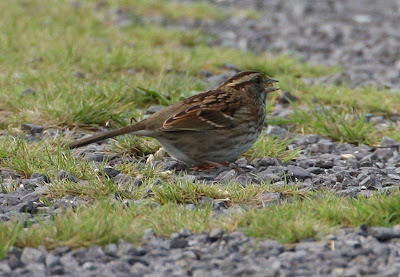 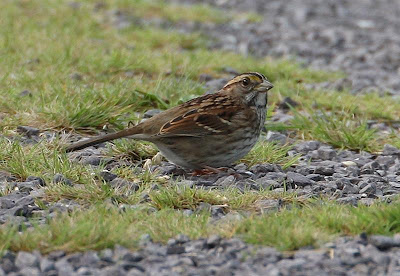 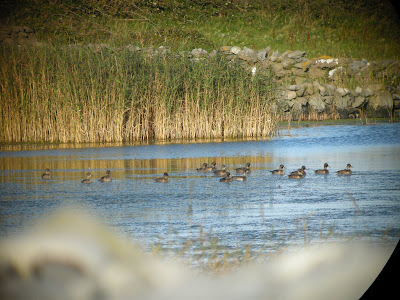 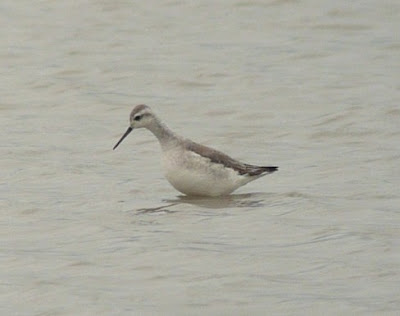 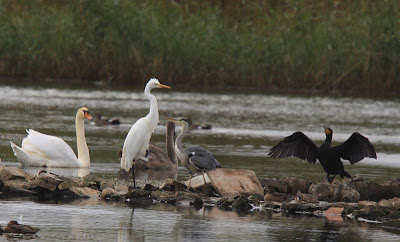 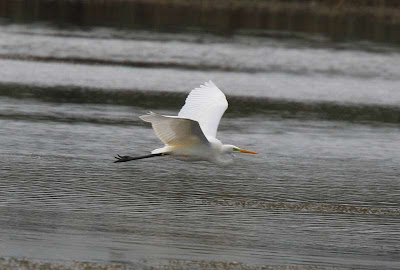 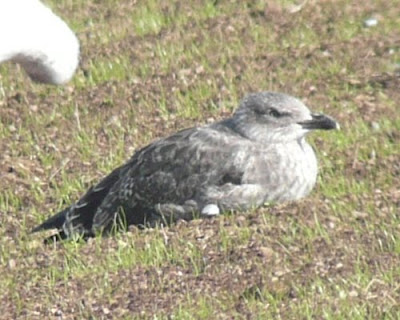 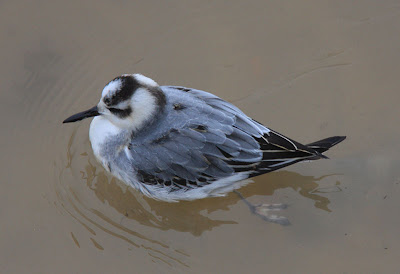 On St Agnes, the GREY-CHEEKED THRUSH showed well all afternoon in scrub between the Coastguard Cottages and Troy Town (Graham Gordon et al), with the BLYTH'S REED WARBLER still present in Chapel Fields but elusive (Graham Gordon et al). A LITTLE BUNTING was reported again at Carn Friars, St Mary's, as well as a RED-THROATED PIPIT in flight over Covean Tearooms on St Agnes at 1425, whilst a mobile RICHARD'S PIPIT was present on St Mary's. A Red-backed Shrike remains on Tresco, with a Hawfinch at Trenoweth, St Mary's, and 13 Yellow-browed Warblers on the archipelago.

In West Cornwall, a RED-EYED VIREO remains for a 7th day near Land's End, favouring the gardens in and around Trevilley Farm. Park sensibly on the grass verge opposite the farm entrance and continue on foot to the farm buildings, where access is only permitted to the track overlooking the Sludge Pit, where the bird shows well intermittently in the Pittisporum bushes thereby.

At the other end of the country, an elusive WHITE'S THRUSH remains for a 4th day in pines west of Kergord House (Shetland), along with a late Barred Warbler and 2 Yellow-browed Warblers. Fair Isle held a GREY PHALAROPE in North Haven, with the drake Ring-necked Duck at Loch of Clickimin, Bluethroat at Channerwick, Bohemian Waxwing at Wester Quarff and the Long-tailed Tit (an extreme rarity on Shetland) during the morning at Scatness and at Toab in the afternoon.

CATTLE EGRETS are once again making the news, with 4 at Chalder's Farm, Pagham Harbour (West Sussex) (at SZ 863 993), 3 NW of Glastonbury at Meare Heath (Somerset), 2 at the north end of the Plym Estuary at Blagdon's Meadow (South Devon) and another at Sandy Haven (Pembrokeshire) (Park opposite the house with 'For Sale' board 100 yards south of the chapel along the St Isthmael-Herbrandston road and then walk south for 130 yards to view trees on the far bank).

In North Norfolk, the first-winter WILSON'S PHALAROPE was present at Cley NWT Reserve early morning (commutes between here and the Wildfowler's Pools just NE of Walsey Hills) whilst on the Outer Hebrides, single juvenile AMERICAN GOLDEN PLOVERS are present at Loch Bee, South Uist (along with at least 4 juvenile Pectoral Sandpipers) and 15 miles NW of Stornoway on Arnol Beach. A GREY PHALAROPE remains in Lowestoft Harbour (Suffolk).

Two Ring-necked Ducks are present on a small lochan adjacent to the A859 just south of Leverburgh on Harris (Outer Hebrides) whilst in Dumfries & Galloway, the CACKLING CANADA GOOSE is again with Barnacle Geese on the Whooper Pond at Caerlaverock WWT. A juvenile AMERICAN WIGEON is amongst 258 Eurasian Wigeon on the Hayle Estuary (Cornwall) and a drake North American Green-winged Teal at Farlington Marshes (Hants). An adult drake FERRUGINOUS DUCK remains at Weston SW (Somerset).

In West Cornwall, a RICHARD'S PIPIT, Woodlark and Lapland Bunting were in stubble fields SE of Polgigga just west of Porthcurno this morning, with 8+ Yellow-browed Warblers still in Penwith and the juvenile ROSE-COLOURED STARLING again opposite Boscaswell Stores in Pendeen village. The long-staying 2nd-winter AZOREAN YELLOW-LEGGED GULL was again in Sennen Cove, roosting with Herring Gulls on The Cowloe off the Lifeboat Station quay.

A late HOOPOE was today at Kirkhill Industrial Estate in Dyce (Aberdeenshire) with a RADDE'S WARBLER again at Prawle Point (South Devon) on 16th and a late juvenile RED-BACKED SHRIKE at Flamborough Head (East Yorks).