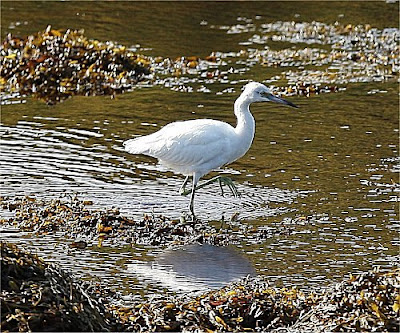 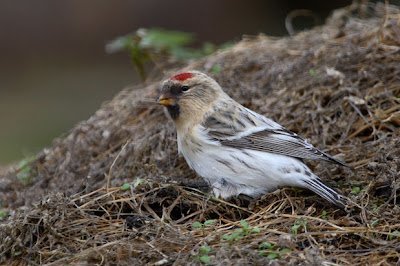 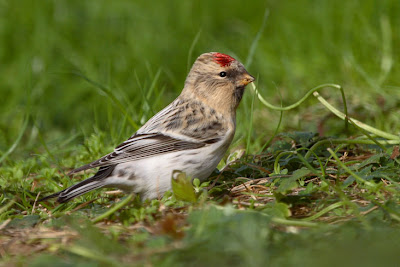 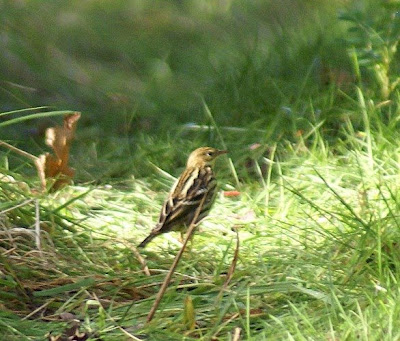 The big news today was the confirmation of a juvenile LITTLE BLUE HERON in western Ireland - only the fourth record for the Western Palearctic. First seen by Aonghus O'Donaill and Dermot Breen on 24 September in Letterfrack Bay (County Galway), the bird was seen again by Aonghus and Gerald Walshe this morning and finally 'nailed'. It showed well throughout the day, mostly in the vicinity of the pier, and roosted at 7.15pm in the wood on the west side of Barnaderg Bay viewed from the N69. Letterfrack lies 6 miles NNE of Clifden. It was seen by about 40 observers before dusk, including 4 from Britain.

A first-winter female SUBALPINE WARBLER was newly found SW of St Just at Nanquidno Valley (Cornwall) in brambles along the stream between Nanjulian Farm and the Mill House, with a juvenile BROAD-BILLED SANDPIPER present for a fourth day at Wallasea Island (Essex) but extremely elusive (showing on the rising or falling tides for a total of just five minutes today).

An elusive PECHORA PIPIT was present for a second day in the wooded garden at Knockquien, at the south end of South Uist (Outer Hebrides), with a SIBERIAN STONECHAT on Lewis at Europie, whilst the first AMERICAN BUFF-BELLIED PIPIT for Orkney remained for a third day at Bevan. A BOHEMIAN WAXWING was in Halligarth Plantation on Unst (Shetland) today, with Bluethroat and LITTLE BUNTING still on Fair Isle, a HORNEMANN'S ARCTIC REDPOLL still at Culivoe School on Yell (and another atill at Norwick on Unst)(Shetland) and a scattering of Yellow-browed Warblers. Also in Scotland, a HOOPOE was at Newmachar (Aberdeenshire) frequenting the old railway line near Blankettle Bridge (at NJ 898 211).

In Cambridgeshire, the adult GLOSSY IBIS remained at Sutton Gault until 1300 hours only.

Gale force SW winds in the channel displaced a number of juvenile LONG-TAILED SKUAS, including 5 off Berry Head, Brixham (South Devon), 3 past Milford-on-Sea (Hants), 2 in Hayling Bay (Hants) and one over Duck Street in Wool (Dorset), whilst a LITTLE AUK flew west past Prawle Point (South Devon). GREY PHALAROPES were also affected by the storm with singles at Colyford Common LNR (South Devon), in Chesil Cove (Dorset), off Hurst Spit (Hants), off Sandy Point, Hayling Island (Hants) and at Chew Valley Lake (Avon).

Elsewhere in IRELAND, the adult winter FORSTER'S TERN is again at Cruisetown Strand (Co. Louth), a BLACK BRANT is at Strangford Lough at Floodgates (Co. Down) and LONG-BILLED DOWITCHERS are at Lough Beg SE of Cork (Co. Cork) and at Inishmore (Co. Galway). A late HOBBY flew west over Kilmurvey (Galway)and 2 Yellow-browed Warblers were at Inishmore.
Posted by Lee G R Evans at 22:05