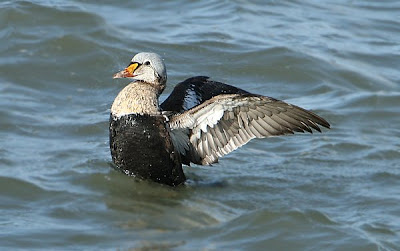 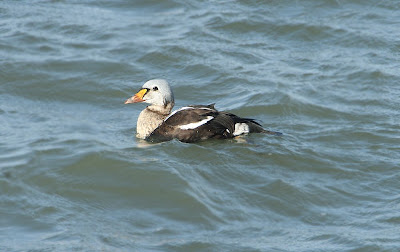 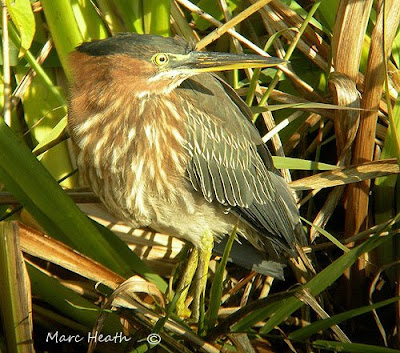 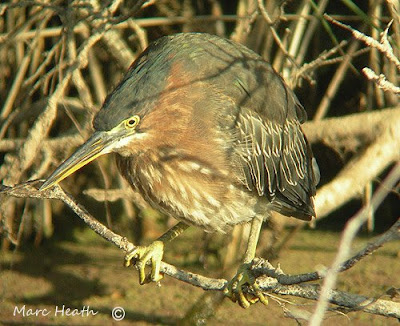 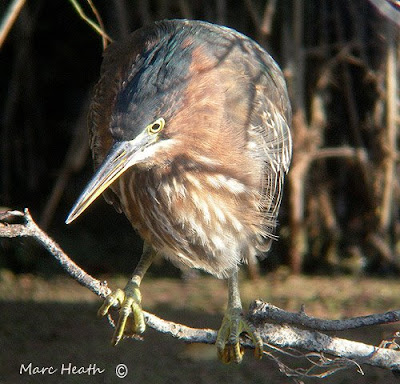 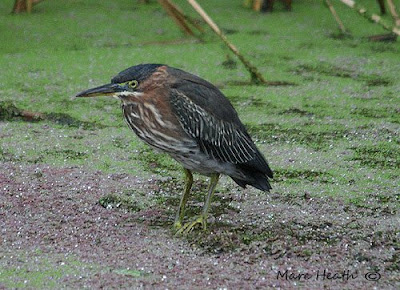 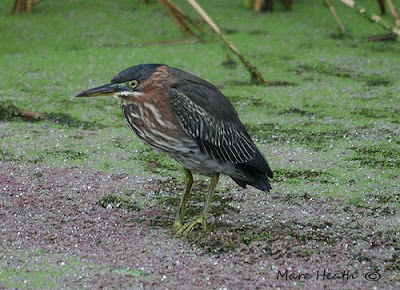 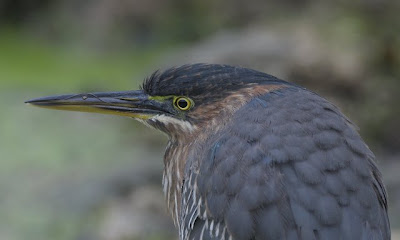 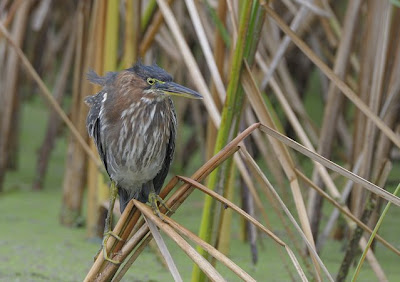 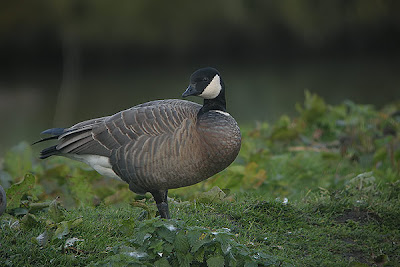 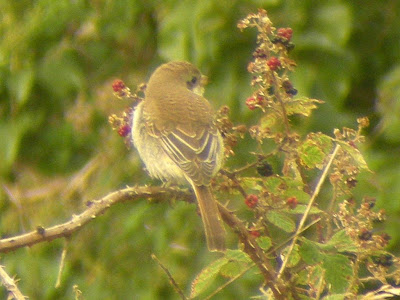 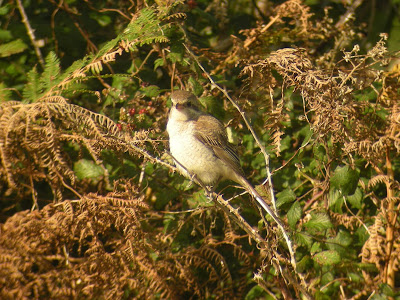 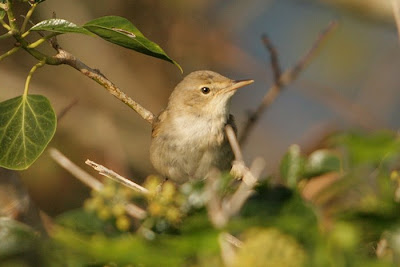 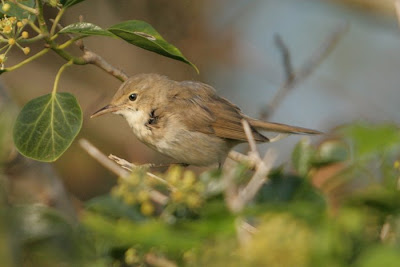 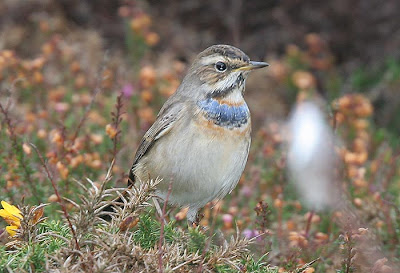 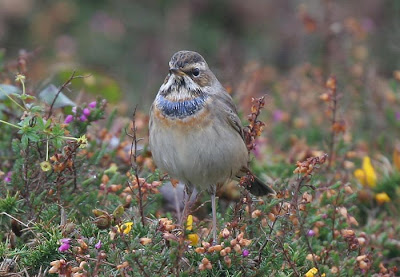 TODAY'S IMAGES
The fabulous 2nd-winter drake KING EIDER off Appledore (North Devon) fabulously captured on film here by Gary Thoburn
The star bird of this past weekend - an extremely confiding AMERICAN GREEN-BACKED HERON in East Kent at West Hythe (top 5 images by Marc Heath with two more by Mike Lawrence)
CACKLING CANADA GOOSE at Caerlaverock WWT (Tristan Reid) - a bird seen previously in Norway
Juvenile RED-BACKED SHRIKE at Borough Farm, St Mary's on Scilly (Robin Mawer). This bird caused hysteria on the archipelago when reidentified as a Brown Shrike. Fortunately Robin's images alerted Stuart Piner and LGRE to the mistake shortly after he uploaded them early afternoon to Surfbirds and those on Scilly were swiftly informed. By early evening, the identification was rectified on RBA.
BLYTH'S REED WARBLER on St Agnes (Scilly) (Steve Keightley)
Male BLUETHROAT at Land's End (Cornwall), where the species is particularly difficult to catch up with. Prints of this bird are available from Brian Field at brianrfield@yahoo.com

This is the UK400 Club Rare Bird Alert for Tuesday 28 October 2008, issued at 2200 hours and published in association with Rare Bird Alert Pagers, whilst untilising additional information gleaned from BirdGuides, the Regional Birdlines, local email groups and websites and individual observers.

Pride of place goes to a first-winter AMERICAN GREEN-BACKED HERON showing well in East Kent. Initially discovered on Tuesday 21 October by locals, this very confiding bird is affording views down to just a few yards by the dam on the Royal Military Canal in West Hythe. It is finding plenty of small Perch to catch and seems perfectly happy with its surroundings and really is an essential and delightful bird to see. It represents only the sixth ever to have been recorded in Britain (see summary of records below) and has been very well photographed (see images at top of Alert).

Leave the M20 at Junction 11 and follow signposts for Hythe and Lympne. Continue towards Hythe and half a mile before that town, turn right on a very minor road. After 1.8 miles, turn left at the crossroads and continue down the hill to park in the designated, public car park in West Hythe village. Follow the canal towpath westwards for 450 yards to the dam to view. Alternatively, leave the A259 coast road south of Hythe for Botolph's Bridge and enter the village from the south. Please note that Lympne Hill is closed this week for extensive roadworks. DO NOT PURPOSEFULLY FLUSH THE HERON and please respect other people when photographing or videoing the bird.

On the Isles of Scilly today, last week's first-winter RED-FLANKED BLUETAIL was relocated, showing well intermittently in field-edges and scrub in the Newford Duck Pond vicinity of St Mary's, and along Trenoweth Lane. The GREY-CHEEKED THRUSH also remains on St Mary's, skulking in dense cover on the vegetated bank below Carn Thomas Gymnasium on Porthmellon Beach, along with the first-winter Red-backed Shrike near Borough Farm. The first-winter WHITE-RUMPED SANDPIPER continues to commute between Porthellick Bay and Beady Pool, Wingletang Down (St Agnes) with the BLYTH'S REED WARBLER still present in the St Agnes Chapel Fields. Three Hawfinches are in Holy Vale.

In Norfolk, a juvenile AMERICAN GOLDEN PLOVER was identified today, consorting with a flock of up to 600 European Golden Plovers at East Harling Heath (Peter Wilson et al). As usual, the Golden Plover flock is very skittish and easily disturbed so the ideal way to see it is to 'scope from a vehicle and not break the skyline or slam car doors. East Harling lies 8 miles ENE of Thetford and the flock are feeding east of the B111 by the minor road just ENE of Triangle Covert at TL 998 843.

A sudden snatch of Arctic weather and NE winds this afternoon resulted in an arrival from Scandinavia of a small number of BOHEMIAN WAXWINGS, with 5 in Yorkshire (3 at Filey and singles at Bempton and Flamborough Head) and another in Lowestoft (Suffolk) as well as a few Goosander.

There was also a continuing unprecedented 'wreck' of GREY PHALAROPES in Northern Scotland with the strong, Northerly winds displacing 52+ on Skye (at Mhor-bheoil, Gedintailor, at HG 533 353), 50+ on Orkney, 30+ on Shetland and 20+ on the Outer Hebrides, whilst further south, first-winters were at Ogston Reservoir (Derbyshire) (on 27th), Easington Lagoons (East Yorks) and Kelling Water Meadows (Norfolk).

The long-staying adult GLOSSY IBIS remains elusive as ever at Swillington Ings (West Yorks), with a WHITE STORK at Desford (Leics) and a GREAT WHITE EGRET at Blashford Lakes (Hampshire). In Dorset, a CATTLE EGRET is still in the cattle field SE of Glebelands, Studland, with 15 Spoonbills on Brownsea Island and at Middlebere (Poole Harbour) and 6 more on Isley Marsh (North Devon).

On the passerine front, a RICHARD'S PIPIT flew SW over Tring (Herts) early morning, the juvenile RED-BACKED SHRIKE remains at Halling Common (Kent) and a EUROPEAN SERIN was in Cot Valley (Cornwall). Up to four EUROPEAN SERINS remain at Rainham Marsh RSPB, frequenting the weedy embankment opposite the landfill site, 0.8 miles west of the RSPB Information Centre. In Cornwall, a very confiding male BLUETHROAT continues to show well adjacent to the footpath in Sallows just south of the Land's End tourist car park. A tiny number of Yellow-browed Warblers are still around, mainly on Scilly.