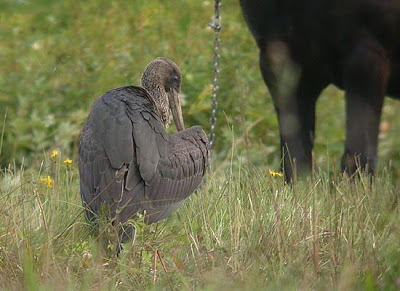 In North Yorkshire, the juvenile BLACK STORK present previously in Northumberland and County Durham from 8-13 August remained for a third day south of York and a mile NW of Cawood at cSE 574 394.

DIRECTIONS: From Cawood, take the road NE towards Stillingfleet and park 220 yards after the sharp left hand bend. Follow the floodbank southwestwards for just over 200 yards to view west across the river. The bird was present for most of the day today and flew to roost just after 2000 hours. 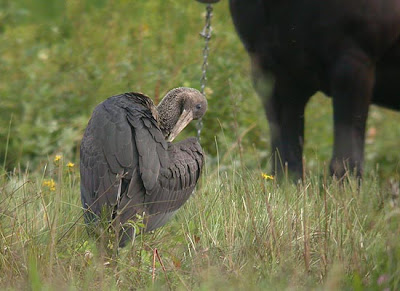 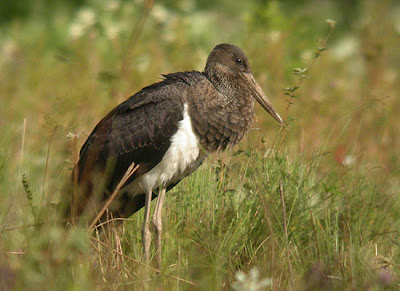 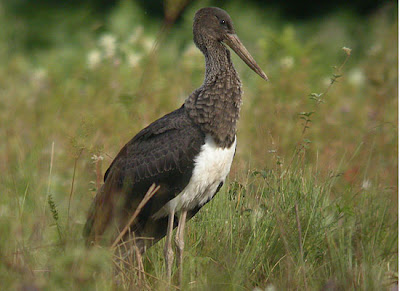 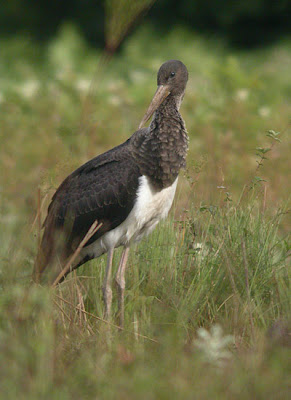 The excellent series of photographs above were taken by Craig Shaw.

In addition to today's two YELLOW WARBLERS in SW Ireland, other new arrivals included a juvenile RED-NECKED PHALAROPE at Swithlands Reservoir (Leics) and a WRYNECK at Hetton-le-Hole (Cleveland).

An adult TAWNY PIPIT remains on Blakeney Point (Norfolk) (north of the Point buildings), with a WRYNECK at Kelling Heath (Norfolk), juvenile RED-BACKED SHRIKE at Landguard NR (Suffolk) and a HOOPOE for its 6th day at Greatstone-on-Sea (Kent).