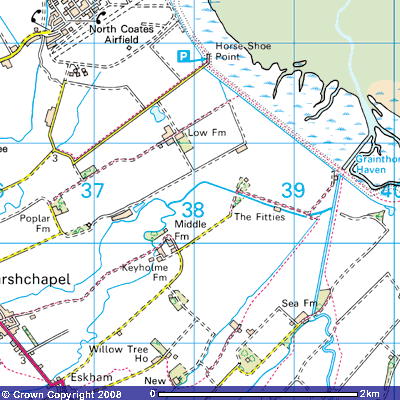 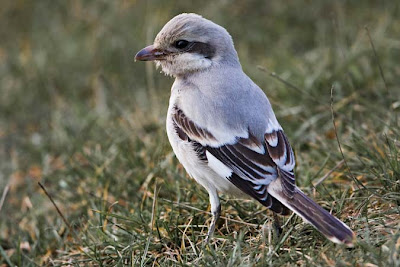 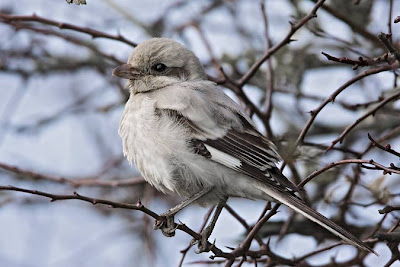 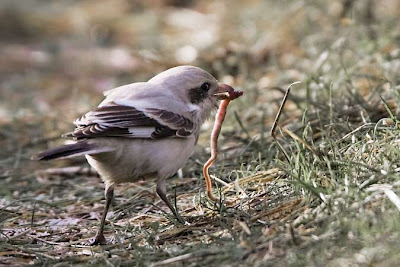 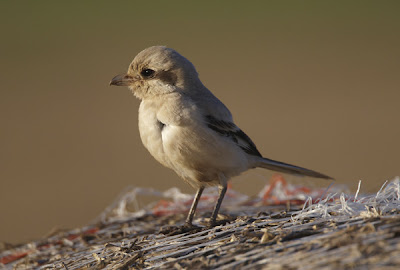 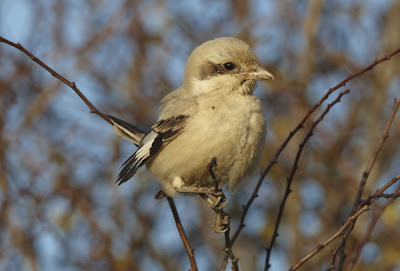 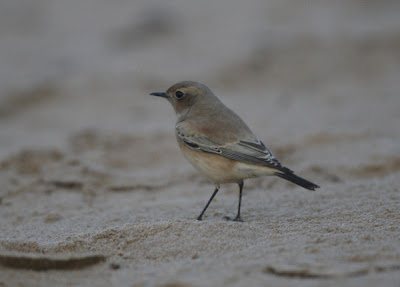 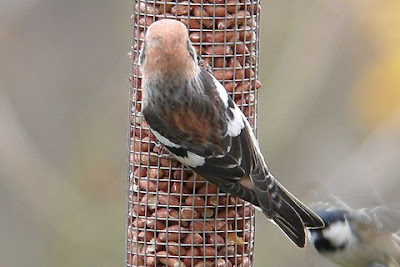 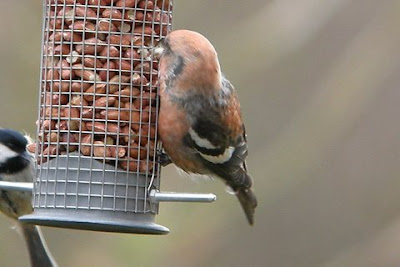 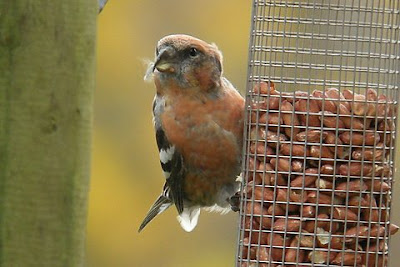 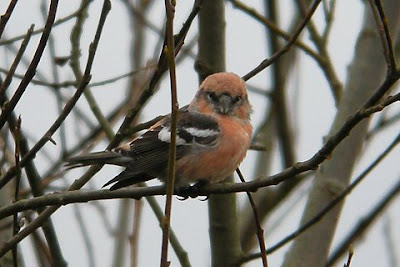 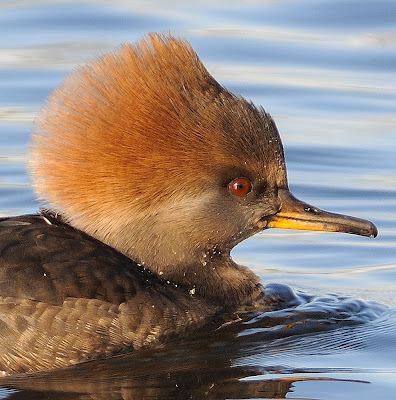 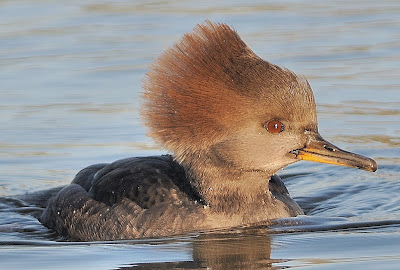 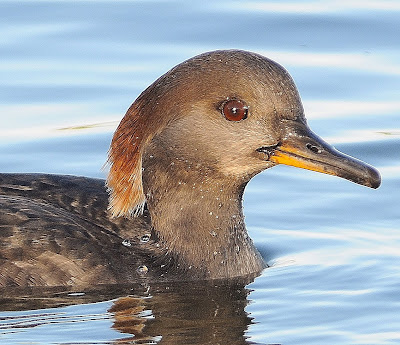 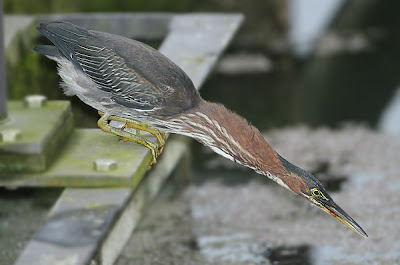 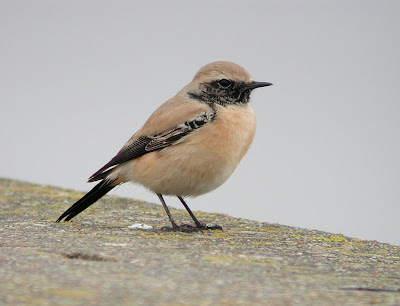 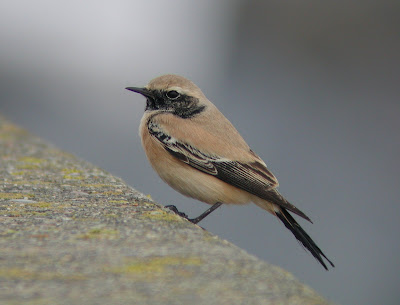 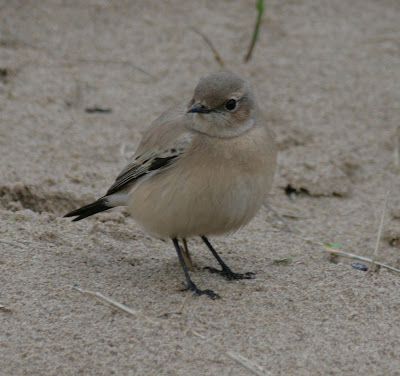 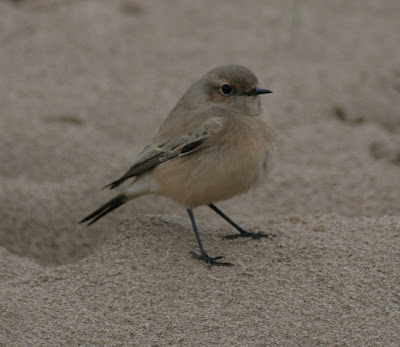 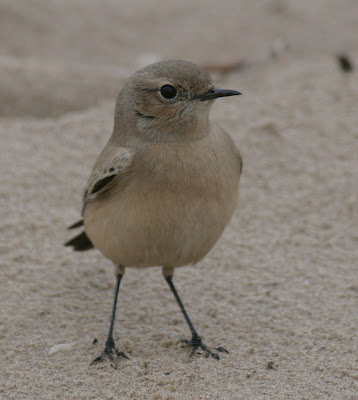 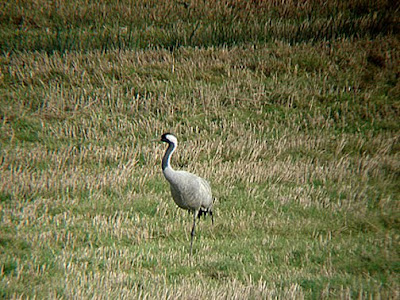 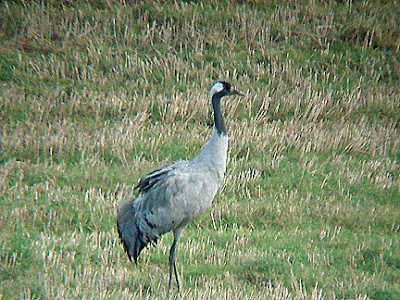 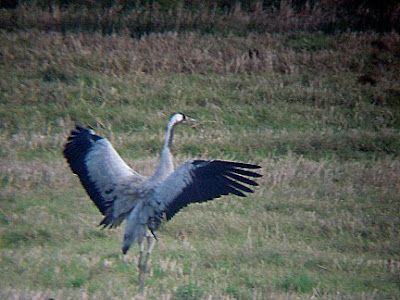 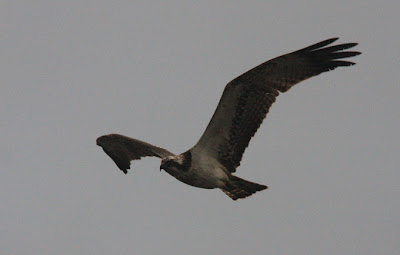 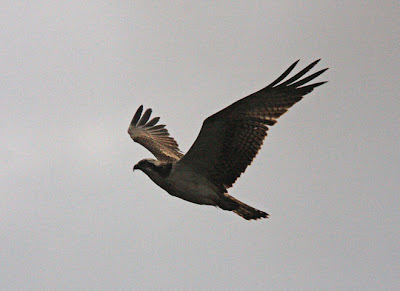 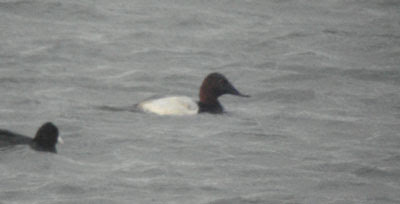 The first-winter SAXAUL GREY SHRIKE remains at Grainthorpe Haven (North Lincolnshire), showing down to just a few feet at times. It is frequenting a line of isolated Hawthorn bushes adjacent to the coastal footpath and more often the ploughed field adjacent to the ditch.

DETAILED DIRECTIONS: The area is best approached from the A18, from where a minor road runs due east to North Thoresby. Continue east through the village on the B1201 and continue until where it joins the coastal A1301. Turn right here and continue towards Mablethorpe. After just under two miles and just beyond the first sharp right hand bend in Marshchapel, turn left towards the coast and continue for two miles to Horse Shoe Point Beach Car Park. This is a very narrow lane with a deep dyke to its north so please take extra care.

Once in the car park, please note that this is a very long, very muddy and arduous walk to the shrike site, which will take at least 20 minutes to walk. Follow the sea wall south, crossing the stile, for 0.8 miles to the Pumping Station. Turn right here, walk through the gate (making sure to close it afterwards) and follow the road for 700 yards to the first concrete bridge. The shrike often favours this spot, perching on the concrete bridge or feeding in the ploughed field alongside. It also shelters out of the wind in the short reeds at the top of the ditch. If unlucky, and the bird has been pushed further south, it will be in the hedgerow bordering the public footpath, accessed by crossing the bridge, walking back towards the sea and then turning right after 100 yards. The bird can then be 2-300 yards down this footpath, depending on tolerability.

Unfortunately, because the bird is so confiding and approachable, it has been extremely popular with photographers of all levels of competence, and has been repeatedly disturbed at times. This is totally unnecessary as with a little patience, it will approach observers and afford visitors with views down to a few feet. It has no fear or real perception of man. DO NOT, UNDER ANY CIRCUMSTANCES, REPEATEDLY HARASS THE BIRD AND ALLOW IT TO FEED. There are more than enough images available of exceptional quality.

THERE IS NO OFFICIAL ACCESS DOWN KEYHOLME LANE AND THOSE WITHOUT PERMITS WILL BE REMOVED. THIS TRACK IS PRIVATELY OWNED.

Less than six miles away to the south, a first-winter female DESERT WHEATEAR is equally confiding and present for its third day at Saltfleet Haven (North Lincs). Although the A1301 is currently closed at Saltfleet Bridge, one can drive just north of the wheatear site. Turn left along the north side of the river on a very rough track towards the haven and after 400 yards park. Continue through the gap in the dunes and walk east for 100 yards to view the bird feeding on the edge of the dunes.

A TUNDRA BEAN GOOSE is also at Saltfleet, favouring the flooded field just inland from the sea wall just south of the caravan park

In North Yorkshire, another 'showstopper' is a fabulous male TWO-BARRED CROSSBILL favouring peanut feeders in an isolated North Yorkshire Moor garden. The bird has been visiting the garden since 24 October 2008 and is most reliable between 0900 and 1100 hours. It generally favours the nut feeder in the front garden of Garfit Farm (NZ 563 030) but this weekend, due to the amount of disturbance from visiting birders, it chose to visit the feeder in the back garden. The owners of the farm have been most hospitable in their choice to release news of this beautiful bird so please respect their privacy and do not trample the garden or damage the eloquent stone walls by the pond. The bird regularly perched in the tall Larches adjacent to the Farm Pond. Six Common Crossbills are also in the area.

DETAILED DIRECTIONS: Garfit Farm lies to the west of the B1257, 4 miles SE of Stokesley. Park carefully on the verge about half a mile south of the Clay Bank Car Park and follow the steep uphill entrance to the farm for just over half a mile. The farmer has kindly agreed to allow the infirm and disabled to drive to the farm but please park sensibly and carefully on the grass just before the farm gate - there is room for just four vehicles.

Also in North Yorkshire, a first-winter female PIED WHEATEAR remains for a third day at Reighton Sands Holiday Park, 4 miles south of Filey, favouring the grass situated by the southeasternmost caravans and the deep ravine dropping down to the beach.

Three further DESERT WHEATEARS are present on the East Coast of Britain, with first-winter males just SE of Lynemouth (Northumberland) (on the flat, gravelly area south of the lagoon on the east side of the dunes, 1,000 yards south of the Power Station) and just north of Southwold (Suffolk) at Easton Bavents Cliffs and a first-winter female on the Royal Cinques Golf Course at Sandwich Bay (East Kent).

An elusive first-winter RED-FLANKED BLUETAIL remains for its 4th day on Holy Island (Northumberland), favouring Sycamores opposite the Lindisfarne Hotel, whilst yet another one - the 14th this autumn - was trapped and ringed at Hollesley (Suffolk) on 8th.

The first twitchable CATTLE EGRET for Oxfordshire was this morning with cattle in the large grass field adjacent to the Day's Lock NR scrape, between Dorchester-on-Thames and Little Whittenham (Tony Williams, Nic Hallam et al), whilst in London, a SQUACCO HERON (the first of the year) flew past Rainham Marsh RSPB Visitor Centre at 1430 hours (Howard Vaughan) (at least 1 EUROPEAN SERIN and the long-staying Dartford Warbler also remain here, just inland of the sea wall).

A few PALLAS'S LEAF WARBLERS linger from the weekend, with singles at Kingsgate, Stonehaven (Aberdeenshire) and at Newbiggin Mound (Northumberland), whilst a Siberian Lesser Whitethroat is present for its third day at garden feeders at Halistra, Waternish Point, Isle of Skye (Highland).

The adult female HOODED MERGANSER of perhaps suspect origin remains on Tayport Pond (Fife), often allowing approach to within 40 yards, with the 2nd-winter drake also still present at Radipole Lake RSPB (Dorset), after completing a summer residency at the site.

The female RING-NECKED DUCK has reappeared on Bassenthwaite Lake (Cumbria) (view from the hide), with a flock of 8 at Chew Valley Lake (Avon) on 9th (with 5 remaining today), whilst a flurry of LESSER SCAUPS include a female on Helston Boating Lake (Cornwall) and a first-winter drake on Lydney Lakes (Gloucs), a mile south of Lydney NE of Harbour Road and south of the railway. The drake KING EIDER remains off Appledore (North Devon) with a SURF SCOTER off Seaton Hole (South Devon).

In Norfolk, a DOTTEREL is still consorting with 900 European Golden Plovers near Hill Harling Farm at TM 005 853, near East Harling (Norfolk) In Suffolk, the long-staying juvenile OSPREY remains at Stoke-by-Nayland Golf Course pond