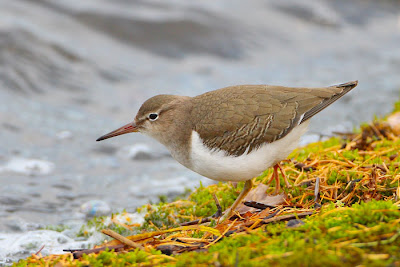 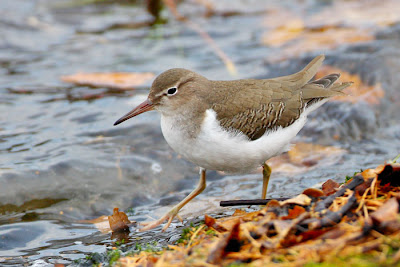 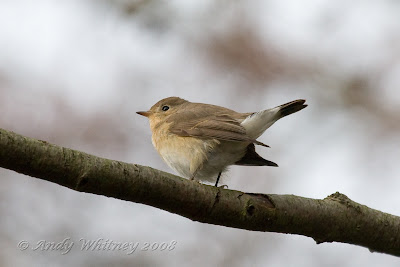 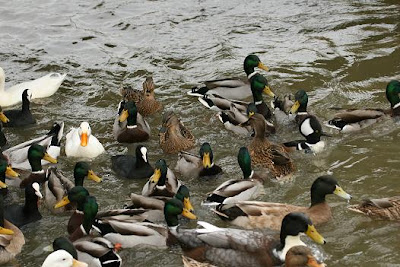 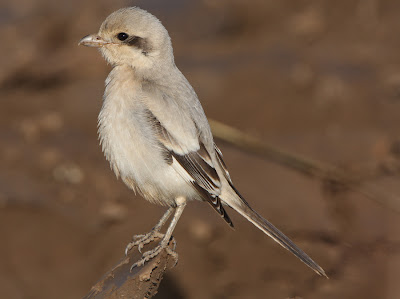 The third SPOTTED SANDPIPER for Staffordshire, a juvenile, is showing well for its fourth day at Tittesworth Reservoir, favouring the dam.

The first authenticated RED-BREASTED FLYCATCHER for Bedfordshire remains for a third day, showing well in Rotten Corner Coppice (at TL 060 247) at Leagrave Marsh in North Luton. The bird, a first-winter, was discovered by Jon Palmer an hour before dark on Sunday afternoon, feeding from the same line of tall trees in which it still remains today.

DETAILED DIRECTIONS: From Leagrave Railway Station and the main Marsh Farm to Lewsey Farm road, take Sundon Park Road north on the east side of the railway and park on the right after 400 yards. Walk to your right then follow the brook for about 130 yards to where the two tributaries meet. The bird favours the tall trees in the small wood opposite and can be frequently seen darting out for insects over the river. It is also very vocal.

Not that far away from the 'RBF' remain the family party of 4 TUNDRA BEAN GEESE at Cainhoe Lakes, east of Clophill (Beds), with two female Greater Scaup and a Red-breasted Merganser at Kempston Hardwick North Pit.

A beautiful first-winter male DESERT WHEATEAR is present for a second day on Nigg Bay beach, Girdleness (Aberdeenshire), this being the same male as that seen over a week ago at Donmouth and Murcar. It is a wide ranging bird and was present early afternoon at Walker Park, 100 yards from the Higg Bay car park.

In the Northern Isles, the presumed BROWN SHRIKE was relocated near Vallay Strand, North Uist (Outer Hebrides) yesterday, where it showed well in gardens and on fence lines WSW of Malaclete throughout much of the day. In the meantime, the North Ronaldsay (Orkney) large pipit was trapped today and confirmed as a RICHARD'S PIPIT, most likely of the form dauricus (many late or wintering birds are of this form and share some characteristics of Blyth's Pipit).

An adult white morph SNOW GOOSE was seen for a second day in the Holywell Pond area (Northumberland), consorting with a flock of 80+ Pink-footed Geese, but despite searching, no white vagrant geese of any kind have yet to appear with the Norfolk Pinkfeet.

ROUGH-LEGGED BUZZARDS have certainly been attracting the crowds, with 3 birds (an adult and two juveniles) NE of Pocklington (East Yorks) at Millington Pastures, an adult between Farforth and Scramblesby (North Lincs) (viewable from the gate a mile south of Rowgate Hill Crossroads at TF 296 785) and the 2nd-winter male still north of Reed, two miles south of Royston (Herts). A further bird was seen at Leighton Moss RSPB (Lancs) on 22nd, with another in the Elmley/Capel Fleet area of Sheppey (North Kent).

The first-winter SAXAUL GREY SHRIKE remains in residence at Grainthorpe Haven (North Lincs) (TA 392 002), performing tricks for its admirers in the vicinity of the small concrete bridge. This charming but exceedingly rare bird has now been enjoyed by over 4,000 visitors.

The GREY PHALAROPE remains at Cley Marshes NWT (Norfolk) with another in the SW corner of Covenham Reservoir (North Lincs) (this latter location also hosting a Purple Sandpiper and a Long-tailed Duck) whilst in South Devon, the adult COMMON CRANE remains west of Modbury and south of the A379 at SX 638 516.

A single EUROPEAN SERIN remains at Rainham Marsh RSPB (London), with a late first-winter COMMON ROSEFINCH in gardens and on feeders between Wellhouse Farm and the Charlie Hurley Centre in Whitburn (Durham).

The CATTLE EGRET is still present at Urswick (Cumbria), in the field opposite the primary school at SD 265 739 with two more in fields half a mile east of Milnthorpe (Cumbria) and just north of Wasset in the field NE of the B6384 (view from the farm entrance at SD 507 812). An adult BLACK-CROWNED NIGHT HERON visited the Royal Military Canal at West Hythe (Kent) on 22nd-23rd.

Drake LESSER SCAUPS remain at Hogganfield Loch (Clyde), the A52 Pit at Holme Pierrpont (Notts) and Frampton Court Lake (Gloucs), with a female at the north end of Helston Loe Pool (Cornwall) but despite recent cold weather, the number of SMEW in Britain remains extremely low (with a drake in Lincolnshire and the odd redhead elsewhere).

The adult winter RING-BILLED GULL is once again wintering (for its 8th consecutive year) at Walpole Park Pond, Gosport (Hants), showing well by the Boating Lake or on the neighbouring Haslar Creek at low tide. Further regular adults are at Westcliff-on-Sea (Essex) and on the Isle of Dogs (London).

The beautiful drake HOODED MERGANSER continues its residency at Radipole Lake RSPB (Dorset), favouring the cut by the 'Concrete Bridge' and wandering as far south as the Gurkha Bridge, with the female SURF SCOTER offshore at Dawlish Warren (South Devon).

The adult GLOSSY IBIS is present for its third winter season at Warton Marsh, east of Lytham St Annes (Lancs), favouring the pools and creeks immediately south of the caravan park.

A juvenile SPOTTED SANDPIPER is present for a second day at Giles's Quay (Co. Louth), with a female Ring-necked Duck on Lough Corrib at Angliham (Co. Galway).

A late HOOPOE is at Traught Beach (Co. Galway) having been present for several days, with a BARRED WARBLER at Fethard (Co. Wexford).

An impressive flock of 82 BOHEMIAN WAXWINGS is feeding on shrubs and berries on Cromore Road, Coleraine (Co. Derry), with 4 still in Antrim (Co. Antrim) on Moylena Road
Posted by Lee G R Evans at 20:46