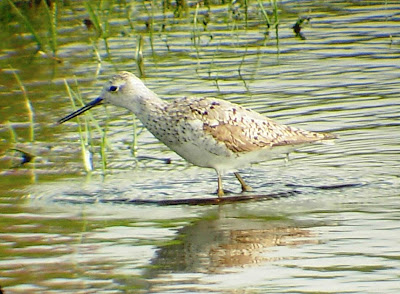 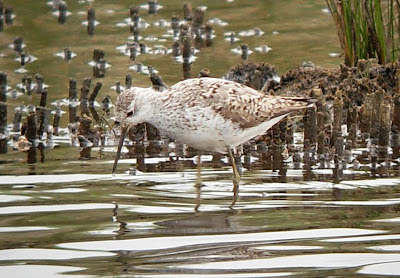 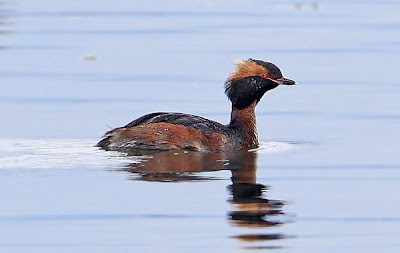 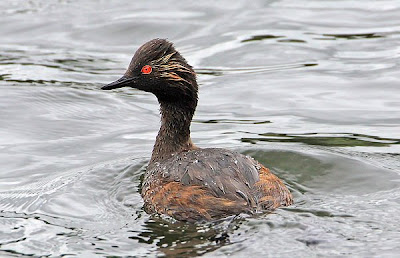 On the Isles of Scilly, adult MARSH SANDPIPER continues to show very well on Porthellick Pool, wading in the shallow water at either end of the pool. Approach the Sussex Hide with care.

In Norfolk, the adult breeding plumaged PACIFIC GOLDEN PLOVER remains for its 9th day, keeping to the saltings and adjacent mud of low tide at Breydon Water (Keith Dye et al), whilst an adult summer WHITE-RUMPED SANDPIPER, the first of the year (382), showed well on Buxton Lagoon at Welney WWT Reserve.

A heavily worn NORTHERN GREY SHRIKE present until at least mid April resurfaced today on wires by the B6277 just south of Alston Moor Golf Club entrance at NY 725 439, at Alston Moor (Cumbria), whilst a male EUROPEAN SERIN was seen briefly in a Holm Oak at Keyhaven Marshes (Hants)

In Fife, Loch Gelly continues to host both an eclipse drake RING-NECKED DUCK and a drake FERRUGINOUS DUCK, where they can both be 'scoped from the steps on the North Bank. An adult PECTORAL SANDPIPER remains at Loch of Strathbeg RSPB (Aberdeenshire), whilst the adult LESSER YELLOWLEGS continues to show well downstream of the wooden bridge at Aberlady bay (Lothian).

The long-staying summer-plumaged adult SLAVONIAN GREBE remains on the Exe Estuary generally offshore of Cockwood (South Devon), whilst the late summer build up of RED-NECKED GREBES in the Firth of Forth includes 19 adults visible from the Ferny Ness car park (Lothian). Two BLACK-NECKED GREBES are at Blithfield Reservoir (Staffs)

Inland, Common Redstarts were displaced overnight, with 4 on the Quainton Hills (Mid-Bucks) and numerous others elsewhere, along with small numbers of Northern Wheatears.
Posted by Lee G R Evans at 22:30