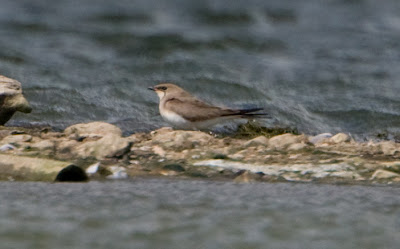 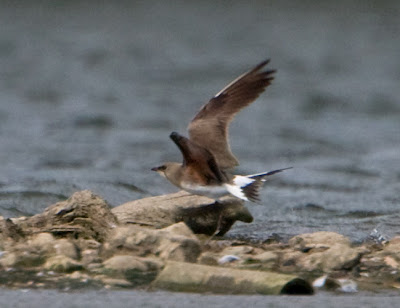 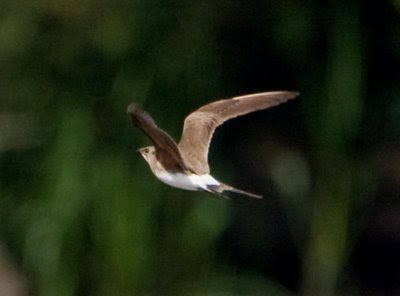 In North Norfolk, a fairly worn adult-type GREAT SPOTTED CUCKOO was seen again this morning, commuting between the bramble patch on Gramborough Hill and the hedgerow bordering the Kelling Quags track. At around 0900 hours it flew to a tall Sycamore and rested in the sunlight for over an hour but then flew strongly east at 1100 hours and was not seen again during the day, despite extensive searching. Frustratingly, the bird was relocated this evening, in bushes just NW of Kelling Water Meadows.

Nearby, an adult PECTORAL SANDPIPER landed briefly on Simmond's Scrape, Cley NWT, early morning, whilst up to 11 EURASIAN SPOONBILLS graced Pat's Pool with their presence.

In East Norfolk, the spanking breeding-plumaged adult AMERICAN GOLDEN PLOVER remains for a third day at Breydon Water, being best seen over the high tide period or on an incoming tide (it disappeared at 1000 hours today).

An adult LESSER YELLOWLEGS was feeding on the middle lagoon at Paull Holme Strays (East Yorkshire) early morning, whilst another was still showing well just upstream of the bridge by the car park at Aberlady Bay (Lothian). Also in East Yorkshire, the moulting adult COLLARED PRATINCOLE (pictured above) was relocated at Tophill Low NR late afternoon, hawking over and roosting on South Marsh East. It showed well until 1920 but then flew north (access to reserve is by permit only obtained from reception centre priced £2.50 per person).

The 'barking' male LITTLE BITTERN continues its summer residency at Loxton Marsh, Walton Heath (Somerset), with the GREAT WHITE EGRET adjacent on the drained lagoon and reedbed close to the Meare Heath hide. Two WHITE STORKS flew north over the M5 close to the Avonmouth Bridge (Avon) at 0903.

In the Western Approaches, a feeding group of 4-5 WILSON'S STORM PETRELS remains with 100+ European Storm Petrels south of the Isles of Scilly, with a few GREAT SHEARWATERS being seen.

A total of 6 Leach's and 38 European Storm Petrels were trapped and ringed overnight on North Ronaldsay (Orkney), whilst an adult summer-plumaged SABINE'S GULL was seen from a Hebridean Whale Cruise vessel on the Rona Bank between the Isle of Skye and Gairloch (Highland) for a second day. The near adult FRANKLIN'S GULL in heavy wing moult continues to consort with 20 Common Gulls in fields along the Cornqouy Road at Graemeshall (HY 503 015), whilst an adult PECTORAL SANDPIPER remains for a 6th day on North Ronaldsay.

The COMMON CROSSBILL invasion continues unabated with some exceptional counts, including 390+ at Westworth Wood, Guisborough (Cleveland) and over 250 SW of Crawley (West Sussex) in St Leonard's Forest near Colgate.
Posted by Lee G R Evans at 23:37