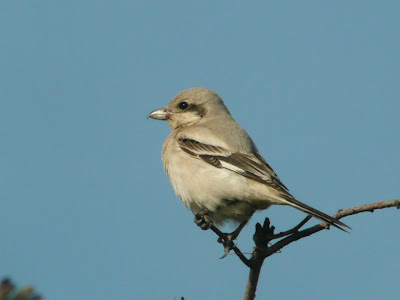 Following the publication of some major scientific work on the 'grey' shrikes of North Africa and Europe, the UK400 Club/BBA proposes to treat DESERT GREY SHRIKE as a full species from 1 January 2009.

Paper Link :
http://www.sciencedirect.com/science...3de6578c32d3c1 )
The WESTERN PALEARCTIC list will be affected as such -:

As far as the combined British and Irish List is concerned. ONLY Northern Grey and Saxaul Grey Shrikes have been recorded
Posted by Lee G R Evans at 13:15