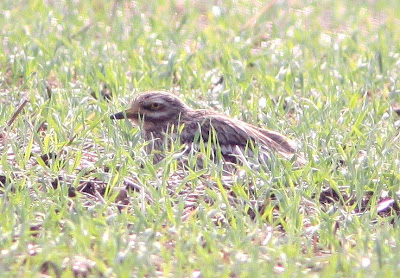 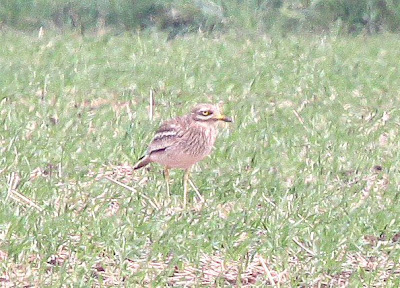 Well done David for finding the STONE CURLEW at Earls Barton GP today (see my photographs above), only the 13th ever in Northants, 5 in the 19th century between 1850 and 1898, then interestingly the next record was of one shot at Earls Barton on 10th April 1945 but kept alive for several weeks with a broken wing. Next one at Lutton on 3rd May 1963. Then one at Ecton SF in 1950. Next one at Lutton on 3rd May 1963. One found dead near Aldwincle, stuffed, and in the possession of D J Watkins-Pitchford (BB)in 1976. Then two in 1989, at Clifford Hill GP on 28th April and at Stanwick GP on 16th July. Again at Earls Barton GP on 8th August 1994 (unpublished) (Bob Bullock)
Posted by Lee G R Evans at 21:17