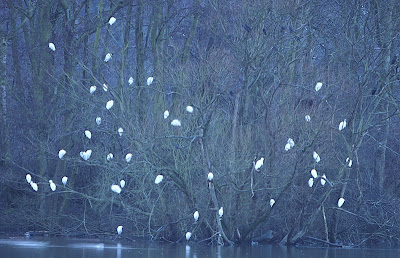 This is also equal to the peak count in December 2005.

Although 10 birds are accounted for in the Chess River Valley (between Chesham and Scotsbridge Mill), it is a complete mystery where the remaining 38 birds spend their day.