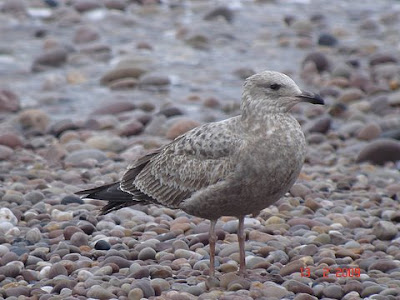 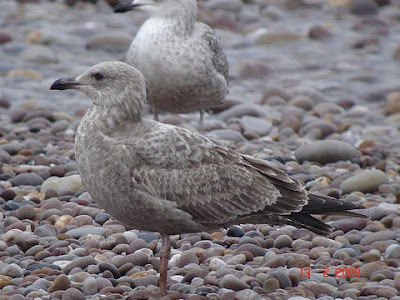 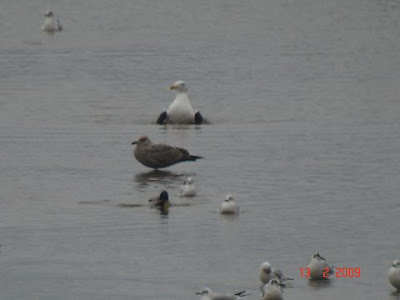 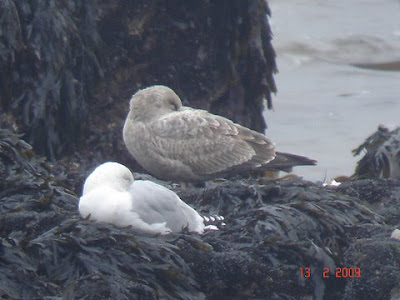 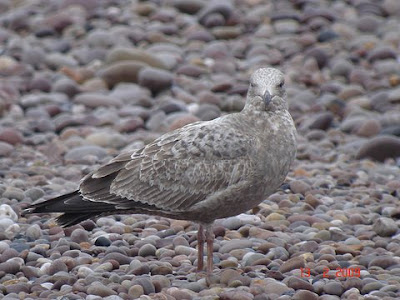 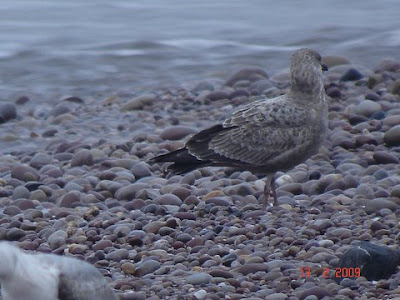 First-winter NORTH AMERICAN HERRING GULL, Otter Estuary, South Devon, 13 February 2009 (A superb array of images taken by Brian Heasman)
A superb find by Matthew Knott again this afternoon with Devon’s 2nd NORTH AMERICAN HERRING GULL
Seen on the River Otter from the hide from about 2pm-3.15pm , then on the rocks at the mouth of the river from 3.20-3.45 when it flew by itself to the beach by Budleigh Salterton where it showed superbly , down to 75 yards, with a flock of about 50 large gulls until 4.25 when it flew, again by itself and for no reason back to the mouth of the River Otter and lost to view.