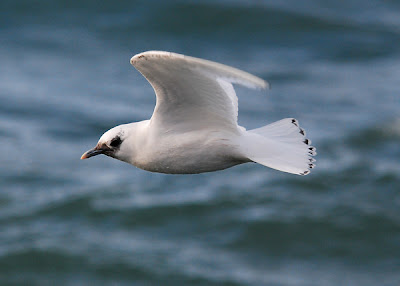 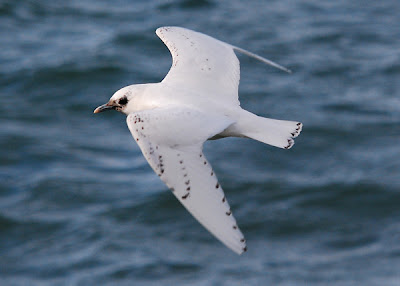 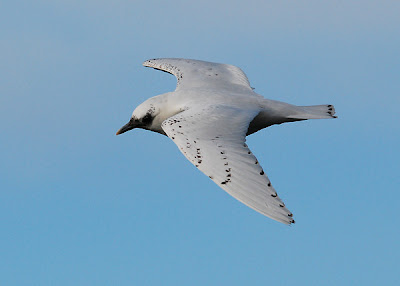 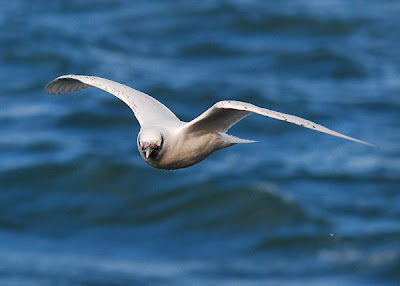 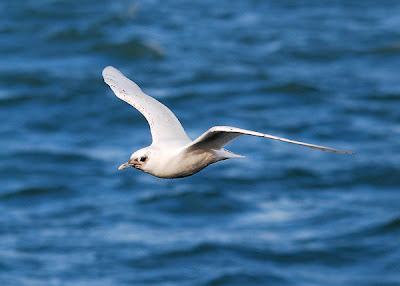 Some stunning images of the Baltimore Harbour (Co. Cork) IVORY GULL taken by Ronan McLaughlin.
Killian Mullarney has commented, in relation to the French bird, the following
''It seems I was too hasty in concluding that the Baltimore bird could not be the same as the Gujan-Mestras bird. I want to thank Benoit Paepegaey for having written directly to me to draw my attention to some of the remarkable similarities in fine details when comparing photos of the two birds. I have now taken the time to critically compare some of my own shots of the Baltimore bird with the best available shots of the French bird and I must agree with Benoit and other French observers who have concluded that it IS the same bird!
I am open to correction, but I very much doubt that the pattern of tiny black dots above and behind the eye is produced by a spatter of blood; the pattern is symmetric (though seems a little more pronounced on the bird's left side) and close scrutiny of the markings indicates that they are identical in nature to other spotted parts of the plumage. I am amazed that such markings, assuming that they are 'real', can develop so apparently quickly and at this time of year, but perhaps there is more potential for changing head-markings in this species than I realised?
I would be very interested in seeing any good photos taken of the Gujan-Mestras bird shortly before it was last seen there. Apologies to Julien for contradicting him in such a categorical manner in my earlier email''
Posted by Lee G R Evans at 18:59