A FEW MIGRANTS TRICKLE IN 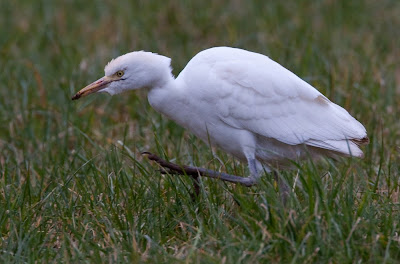 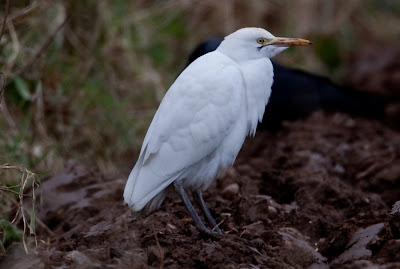 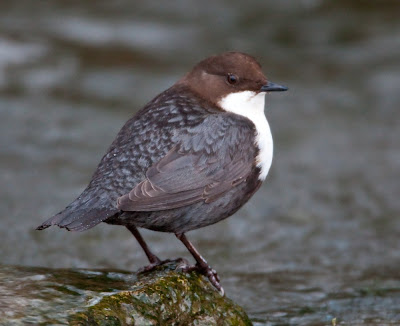 The recent Cattle Egret in Norfolk, photographed near Holt, and the long-staying Black-bellied Dipper (John Miller)
In terms of migrants, the odd GARGANEY is around, the first WILLOW WARBLERS of the year, a flurry of SAND MARTINS and the first HOUSE MARTIN and several WHITE WAGTAILS. NORTHERN WHEATEARS are pushing further north.

The BLACK-BELLIED DIPPER which has wintered on the River Glaven has finally given its favourite locality away and can be regularly found just downstream of the southernmost ford in Hunworth village (Norfolk) in recent days.

CATTLE EGRETS still remain all over the country, with 3 still at Park Farm on the Kingsbridge Estuary (South Devon) (viewable from the Gerston Water Treatments access road) and singles on the Nevern Estuary at Newport (Pembs), on the Isle of Man at Port St Mary (SC 205 683), in the cattle field at Seend Cleeve (Wiltshire) (ST 932 604, and in the horse field by the Tarka Trail at Lower Yelland Farm (North Devon). What was presumably the Norfolk bird of late was relocated today in Suffolk (by Stuart Read) 1.5 miles ESE of Bures and just north of Smallbridge Hall in the horsefield SE of Nayland End Wood and NE of the crossroads.

Two ROUGH-LEGGED BUZZARDS remain on the Isle of Sheppey (Kent) (with singles at Elmley RSPB and the usual adult along Capel Fleet), with another two on North Wootton Marshes (NW Norfolk).

The extremely confiding female or first-winter LAPLAND BUNTING remains at Dingle Marshes (Suffolk), either feeding on the grassy plateau or the vegetated shingle inner bank 475-800 yards north of the beach car park, whilst nearby, a BLACK-THROATED DIVER continues on Oulton Dyke, viewable from the Yacht club in Merritt's Park, Oulton Broad.

The family group of 4 TUNDRA BEAN GEESE remains in Bedfordshire (commuting between Southill Park and Cainhoe Lakes) with the lone adult still from Nelson Avenue at Haverton Hole (Cleveland) with a single Greenland White-fronted Goose and 5 Pink-footed Geese.

An adult winter BONAPARTE'S GULL spent several hours yesterday afternoon in Cardiff Bay showing well on the Taff Estuary in front of the Channel View Centre, where nearby the first-winter drake LESSER SCAUP was still showing well in the NE corner of Cardiff Bay at the Wetlands Reserve (view from the boardwalk adjacent). The gull was relocated this afternoon on playing fields south of the Leisure Centre at ST 182 743.