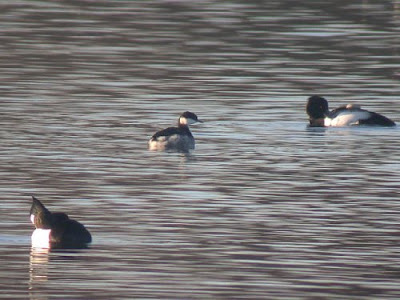 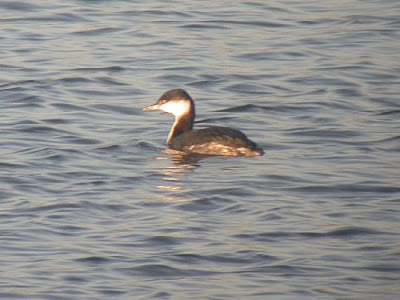 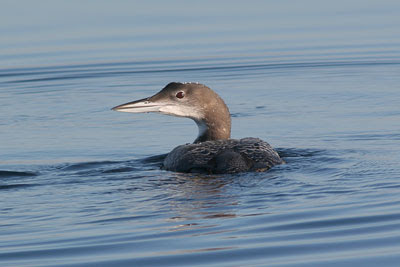 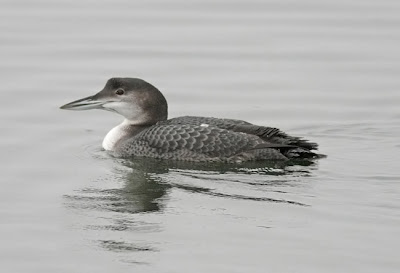 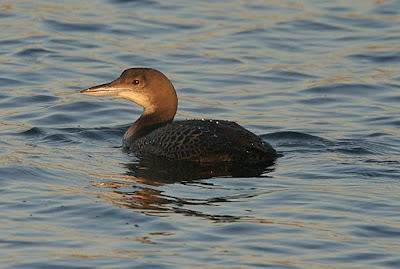 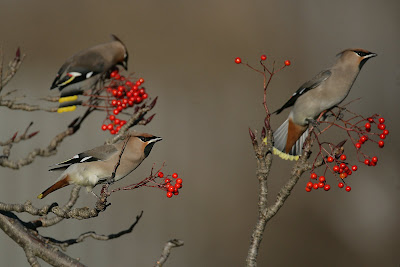 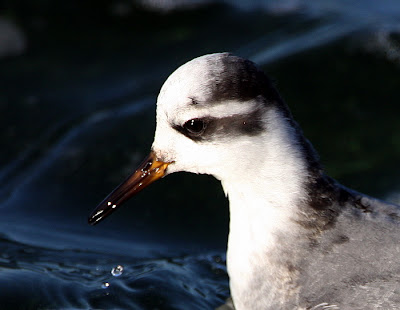 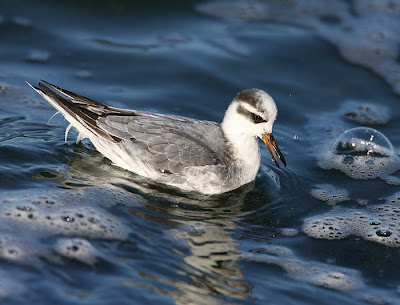 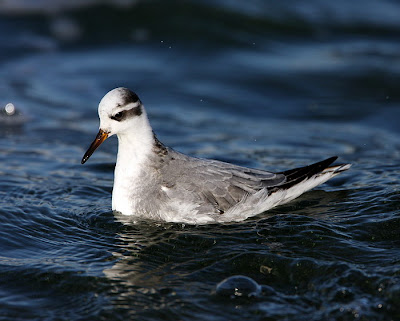 A YELLOW-BROWED WARBLER is at Newlands Farm, Fareham (Hants), in bushes on the east side of the large fishing pond, with a LITTLE BUNTING reported again in Old Basing (Hants). Also in Hampshire, a first-winter drake RING-NECKED DUCK remains for a second day - SE of Bordon at Passfield Pond.

On the Isles of Scilly, the juvenile SNOWY OWL remains on St Martin's but there has been no sign on St Mary's of the white morph GREENLAND FALCON (GYRFALCON) since Wednesday.

A juvenile GLAUCOUS GULL colour-ringed on Bear Island, Svalbard, in the Barent Sea was at Minsmere RSPB Reserve (Suffolk) this morning, as was a juvenile on Cley Beach (Norfolk), with two more at Long Drove, Cottenham (Cambs) and another at Aldeby Tip (Norfolk).

In Angus, a beautiful adult RING-BILLED GULL is still showing exceptionally well, taking scraps from passers by in the snackbar car park 250 yards west of the railway bridge on the A85 Riverside Drive at NO 386 292, with another on the beach in West Angle Bay (Pembs). The first-winter remains on Helston Boating Lake (Cornwall) with other regular adults in London, Essex and Hampshire.

CATTLE EGRETS remain at Hubberton in West Angle Bay (Pembs) north of the B4320 in the cattle field behind the farmhouse and just east of Day's Lock, Dorchester-on-Thames (Oxfordshire). Meanwhile, the adult GLOSSY IBIS remains on Warton Marsh (Lancs).

American Green-winged Teals remain at Loch of Tankerness (Orkney), Tain (Highland) and Marshside Marsh (Lancs), with a first-winter female LESSER SCAUP at Lea Marston Balancing Pond (Warks) (present for 3 weeks) and drakes at Hogganfield Loch (Clyde) and the A52 Pit, Holme Pierrpont (Notts). The first-winter drake FERRUGINOUS DUCK reappeared yesterday at Groby Pool (Leics) (but was not seen today after the site froze over), whilst the long-staying drake HOODED MERGANSER remains at Radipole Lake RSPB (Dorset) and the female SURF SCOTER at Dawlish Warren (South Devon).

An obliging HAWFINCH is in Croome Park (SO 878 446) (Worcs), just NW of the ornamental lake, with 4 in Romsey (Hants) and up to 20 at the Rhinefield roost in the New Forest (Hants).

NORTHERN GREY SHRIKES seen today include singles just north of Dalwhinnie (Speyside) (at NN 640 858) and at Charterhouse (Somerset) (ST 504 556), whilst ROUGH-LEGGED BUZZARDS include singles at Leighton Moss RSPB (Lancs) and between Farforth and Scramblesby (Lincs). In Cambridgeshire, the bird remains SE of Coveney near Coldmoor Farm viewable by looking east from the road between Wentworth and Coveney.

At Marton Mere (Lancs), 9 LONG-EARED OWLS are roosting on the north side of the reserve, with 5 Ring-necked Parakeets (rare localised record) nearby at Lytham St Annes Churchyard.