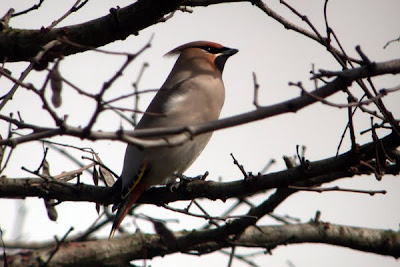 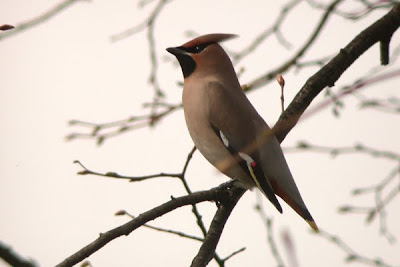 Quite exceptional numbers (for late October) of BOHEMIAN WAXWINGS are pouring in to Scotland and northern Britain today leading to fears over their survival. Perhaps 4,000 or more birds have arrived thus far, which is truly staggering for so early in the autumn. Some 25% or more appear to be first-winters, perhaps indicating a bumper breeding season, but with reports of exhausted birds in Orkney gardens today, the reasons for their arrival is perplexing to say the least. The Isle of Lewis in the Western Isles logged over 500 birds today which again is of some concern. Quite why large numbers are heading to the far west of Scotland so early is very mysterious in itself and begs the question of whether or not flocks are heading out into the Atlantic (where they are likely to perish). Pete Merchant kindly provided the images.
Posted by Lee G R Evans at 22:48