HAMPSHIRE birder ARTHUR BETTS bales out after 91 years of service 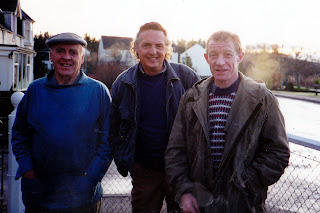 It is with very great sadness and many fond memories to learn of the passing away of ARTHUR BETTS, an unassuming but outstanding birder of his generation. He died peacefully in hospital; on 11 October at the grand old age of 91 years - a fantastic innings.

Arthur was a real gentlemen and one of life's great treasures. He was one of those born of the Golden Days of Scilly and served many an October on that outstanding archipelago. He was a life-long friend of mine, after I was first introduced to him whilst birding at Portland Bill in 1975. Portland was, in fact, one of his favourite birding sites in the UK and I was to spend many hours passing the time of day away with him there in my many visits on weekends throughout the early 1980's. He was an incredibly keen UK and WP lister and visited the majority of countries within the region and made it into the Top 100 of my lists as way back as 1985. Latterly, as mobility became an issue, he became keener on butterflies and orchids but maintained his passionate clinch on his local patch - Tweseldown near Church Crookham - near where of course that most famous of rares Dark-eyed Junco lingered for some considerable length of time.

Arthur was a wise mentor, a great friend, a true inspiration and a wonderful companion and I expect many of you will cherish the fond memories you had of him. Goodbye Arthur