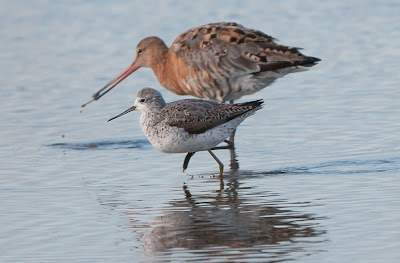 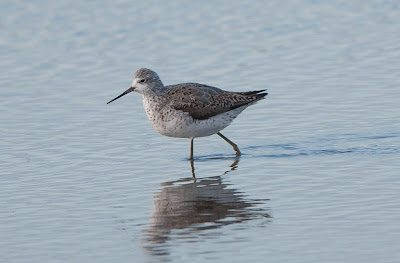 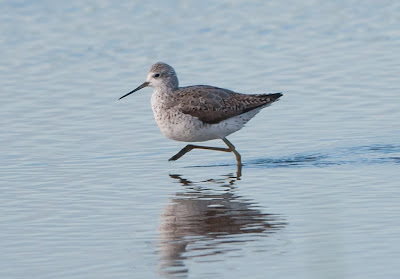 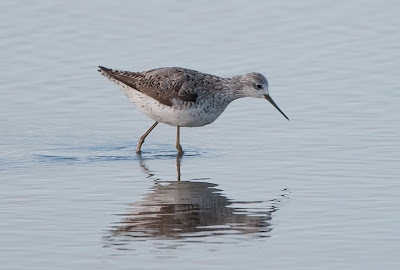 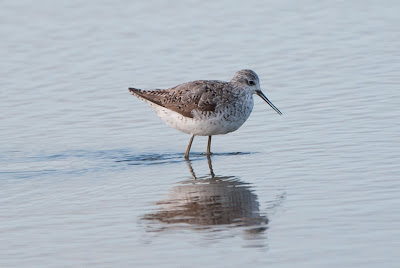 The total number of bird species recorded in combined Britain and Ireland in 2011 now stands at 385........the adult MARSH SANDPIPER at Blacktoft Sands RSPB (East Yorkshire) being the latest addition (see Martin Standley's superb images above). This bird is still present today favouring the mud visible from the Ousefleet Screen

The adult summer SPOTTED SANDPIPER is still present too - showing well on occasions from the Shallow Water Hide on the Lyndon Reserve at Rutland Water (Leics). You can see this bird very distantly from the Manton Bay bridge but under no circumstances climb the gate and walk down. This area is covered by CCTV, is closely monitored and is home to a nesting pair of Ospreys.

A TEREK SANDPIPER roosting with lapwings was a new discovery this afternoon at Holywell Pond (Northumberland), visible from the public hide as it sat on the island. Meanwhile, an adult TEMMINCK'S STINT remains at Gibraltar Point NNR (Lincs) and an adult PECTORAL SANDPIPER is at Loch of Strathbeg RSPB (Aberdeenshire).

A couple of summering first-year BONAPARTE'S GULLS remain: the bird on Exmouth Beach (South Devon) (just west of the lifeboat station) and the other on Berneray (Outer Hebrides). Also in South Devon, the 2nd-summer GLAUCOUS GULL remains at the west end of Budleigh Salterton beach, with 3 adult ROSEATE TERNS nearby at Dawlish Warren NNR.

As usual, the build up of LITTLE GULLS at this time of year is spectacular, with no less than 520 gracing Hornsea Mere (East Yorks)

In NW Derbyshire, the male WESTERN BONELLI'S WARBLER remains at Arnfield Reservoir, favouring the woodland by the bridge at SK 014 976, whilst in Cambridgeshire, the drab first-summer male COMMON ROSEFINCH continues at Foxfield House on Fowlmere Road near Melbourn. A RED-RUMPED SWALLOW was a very unusual mid-July occurrence on Shetland - showing well mid-afternoon over the Loch of Hillwell at the south end of the archipelago.

For at least its third day, a CATTLE EGRET is with Little Egrets in Pagham Harbour (West Sussex), whilst the summering COMMON CRANE can still be found in the set-aside NE of Saxby Bridge at Saxby All Saints (Lincs) (at SE 975 167). GREAT WHITE EGRETS include the long-stayer at Denge Marsh, Dungeness (Kent) and the regularly reappearing adult at Sturminster Marshall GP (Dorset).

The adult drake Ferruginous Duck is to be found at Blagdon Lake (Avon), feeding with other Aythya ducks off of the lodge at 'Tiny's Shallow', whilst in Aberdeenshire, the adult drake NORTH AMERICAN BLACK SCOTER remains with 3 drake SURF SCOTER and over 2,200 moulting Common Scoters off Murcar Beach.

In IRELAND, the two PACIFIC GOLDEN PLOVERS remain on the Myroe Levels (Co. Derry), whilst seawatching has begun in earnest off of the Bridges of Ross (County Clare), with Sabine's Gull, Cory's Shearwater and good numbers of Sooty and Balearic Shearwaters recorded in recent days.
Posted by Lee G R Evans at 21:36