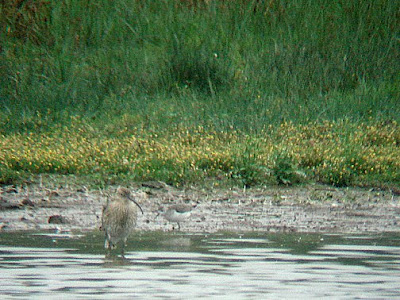 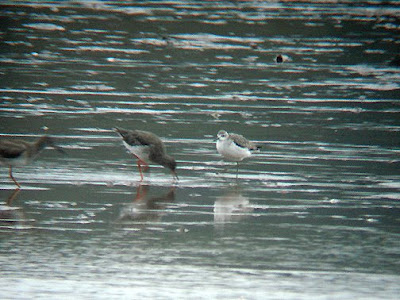 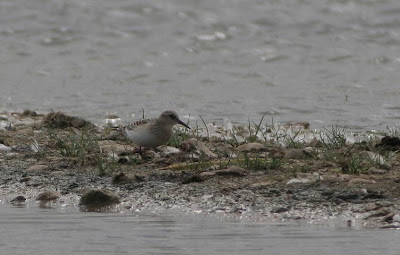 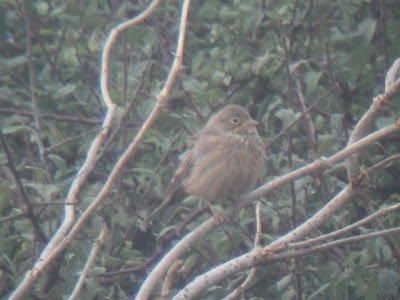 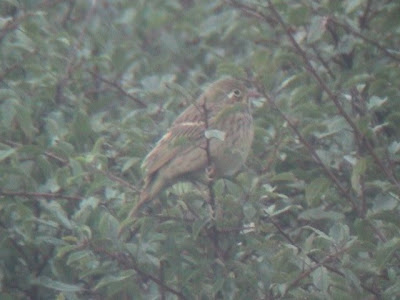 In East Yorkshire, the juvenile BLACK STORK continues to make slow progress south, appearing over Easington at 1254 hours and drifting slowly towards Kilnsea from then until 1320. It then changed course, circling north over the Spurn 'Triangle' 1321-1330 before touching down in fields 300 yards south of The Warren (by posts 25 & 26) from at least 1349-1640 hours (per Spurn Point Bird Observatory, Andrew Gibson, et al).

Further north, a GREAT WHITE EGRET pitched down on the beach at Long Nab, Scarborough (North Yorks) (on rocks south of the beach huts) and was later seen flying east over Scaling Dam Reservoir (Cleveland) at 1430. In West Yorkshire, the summer-plumaged adult GLOSSY IBIS continues at St Aidan Flashes, New Swillington Ings, where it is frequenting the 'Western Reedbed'. This bird is extremely elusive, spending much of the daylight hours hidden in reeds and emergent vegetation, and best seen when flushed by one of two 'resident' Marsh Harriers as they quarter the area for food. Access from Swillington village; park near hide and follow fenceline adjacent to river east for 350 yards to view.

Waders typically feature heavily as one would expect at the beginning of September, with a WILSON'S PHALAROPE at Loch of Strathbeg RSPB (Aberdeenshire) (showing well on pools visible from Starnafin Centre - Andy Webb et al), BUFF-BREASTED SANDPIPERS at Porth Coose Beach, St Agnes (Scilly) and at Greenhill, Tiree (Argyll) (a juvenile in with 1,500 European Golden Plovers), a PECTORAL SANDPIPER at Hickling Broad Rush Hills Scrape (Norfolk) (per Andy Kane) and juvenile DOTTERELS at Slimbridge WWT Dumbles (Gloucs) (in short grass visible from the Holden Tower) and on St Mary's Golf Course (Scilly). In Cambridgeshire, the juvenile BAIRD'S SANDPIPER at Pumphouse Pit, Stirtloe, flew off south early morning (Martin Davis et al), whilst in South Devon, a juvenile SEMIPALMATED SANDPIPER continues to show fantastically well on The Bight at Dawlish Warren (see Gary Thoburn's brilliant images) and nearby a juvenile MARSH SANDPIPER at Bowling Green Marsh and adjacent River Clyst at Topsham is present for its second day.

A scatter of WRYNECKS were also found elsewhere, with 1-2 at Holland Haven (Essex) (affording superb views at times), Thorney Island (West Sussex), on Burravoe, Yell (Shetland), on Fair Isle (Shetland) (2), on Tresco (Scilly) and at Ogston Reservoir (Derbyshire) (at the south end of the reservoir and just north of Brackenfield Church by Church Farm at cSK 573 591), with RED-BACKED SHRIKES at High Newton-by-the-Sea (Northumberland), Benacre (Suffolk) and on St Agnes (Scilly). An extremely elusive ICTERINE WARBLER was at Warden Point, Isle of Sheppey (North Kent) early morning, with a CITRINE WAGTAIL still on Fair Isle and a juvenile ROSE-COLOURED STARLING for a second day on Portland (Dorset).

It looks as though EURASIAN SPOONBILLS have successfully bred in Dumfries & Galloway, with a family party of five birds (including three begging juveniles) on the River Dee at Kirkcudbright (view from the B727 at Gibb Hill at NX 671 503), with 6 more still in Poole Harbour at Middlebere (Dorset), 2 still at Welney WWT (Norfolk) and two new arrivals at Rutland Water (Leics).
Posted by Lee G R Evans at 20:21