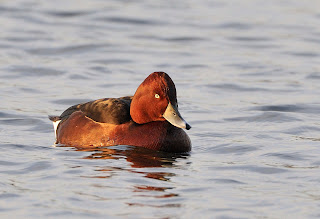 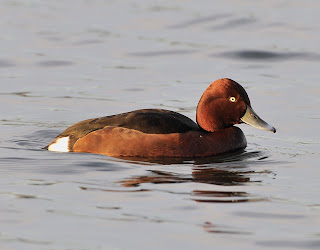 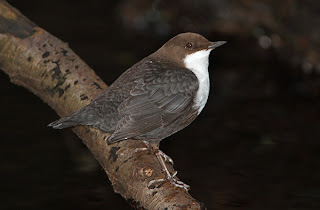 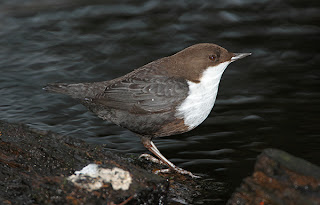 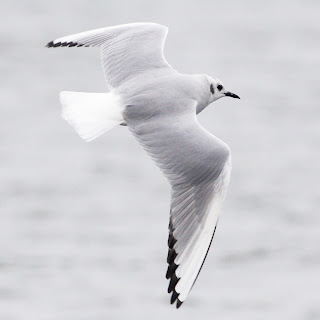 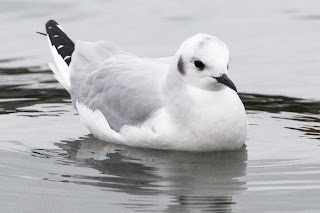 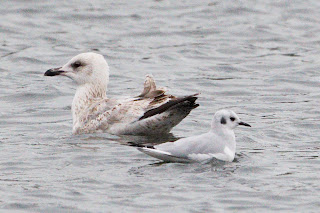 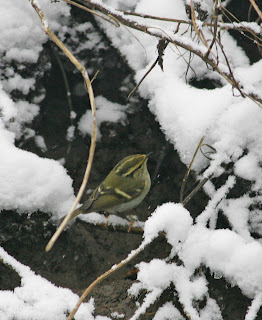 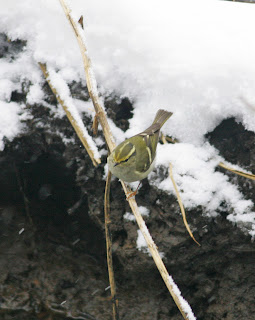 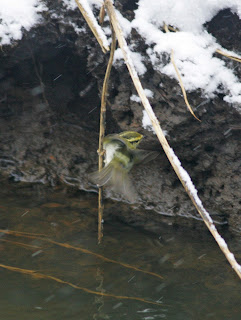 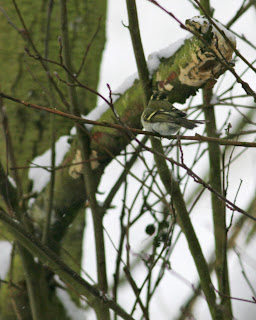 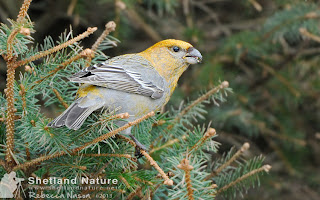 Thankfully for 5 or more car loads travelling up this weeked, South Collafirth's first-winter male PINE GROSBEAK is still present today on Shetland once more in the Spruce trees at Greenbrae.


In West Cornwall, the adult winter PACIFIC DIVER has reappeared, offshore of Long Rock Beach, midway between Penzance and Marazion. As is always the case with this individual, its appearances are very erratic, and often weather/wind related. At least 9 Black-throated and 5 Great Northern Divers are also in the bay, with 5 Black Redstarts by the railway station.

A CATTLE EGRET was seen this week in North Kent briefly, whilst Great White Egrets still number at least 22 in Britain. The GLOSSY IBIS continues at Marloes Mere (Pembs), occasionally being seen in flight from the hide.

A RICHARDSON'S CANADA GOOSE is still present with Barnacle Geese at Balranald RSPB, North Uist (Outer Hebrides), with another still in the Gruinart RSPB area on Islay (Argyll). Four of Suffolk's RED-BREASTED GEESE have moved south to Essex and Hamford Water, with one of the first-winters still with Eurasian White-fronted Geese at North Warren RSPB, Aldeburgh (Suffolk). Two adult TUNDRA BEAN GEESE appeared at Radwell Lakes (North Beds) on 14th-15th, with the 3 still at Slimbridge WWT Dumbles (Gloucs), 5 at Dungeness RSPB (Kent) and 6 at North Warren RSPB (Suffolk), whilst 23 TAIGA BEAN GEESE remain in the Yare Valley at Cantley Marshes (Norfolk). A flock of 6 GREENLAND WHITE-FRONTED GEESE in the flooded field behind the golf course between Dunster Station and Minehead (North Somerset) is noteworthy, presumably different to the 6 first-winters that have spent the winter on Scilly.

The adult drake FERRUGINOUS DUCK is still to be found from the hide at Priory Country Park, Bedford (Beds) The adult drake SURF SCOTER continues off of Ruddon's Point, Largo Bay (Fife)

A juvenile COMMON CRANE is present for a fourth day in fields viewable from the A198 near Knowes Farm at Tyninghame, Dunbar (Lothian)

The LESSER YELLOWLEGS is still frequenting Ernesettle Creek, Plymouth (South Devon), with Common Greenshanks and Redshanks, generally frequenting the area 600 yards upriver of the railway bridge, whilst the LONG-BILLED DOWITCHER is still frequenting Pickeridge Pool, at the top end of the Gann Estuary (Pembs).

The singing male BLACK-BELLIED DIPPER is still performing well in the vicinity of the Three Nuns Bridges in Thetford (Norfolk), where along the Spring Walk, 3 OTTERS are still resident and showing often.

The PALLAS'S LEAF WARBLER is still present in the riverine vegetation on the Berkshire/Hampshire border on the River Blackwater, Moor Green Lakes NR

The first-winter ROSE-COLOURED STARLING is still favouring the Hawthorn clump at the top of Milbury Lane, just as you turn off the main road in Exminster (South Devon) whilst the adult male PENDULINE TIT continues to pluck bulrush heads literally yards from the boardwalk on the Alder Trail between the car park and the Lampen Wall at Stodmarsh NNR (Kent).

In IRELAND, the two NORTH AMERICAN BLACK DUCKS are still being seen at Crookhaven (County Cork), in flooded fields near the caravan park at White Strand, whilst the CATTLE EGRET continues at the organic piggery at St Johnston (County Donegal). An immature male SNOWY OWL is again present on the Pettigo Plateau near Lough Awaddy (County Fermanagh) with the RICHARD'S PIPIT showing intermittently on the beach at Cooley Point (County Louth). No sign of the drake BAIKAL TEAL since last weekend but the juvenile female NORTHERN HARRIER still roosting each evening in Lingstown Reedbed, Tacumshin (County Wexford).
Posted by Lee G R Evans at 22:38