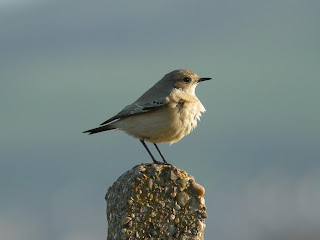 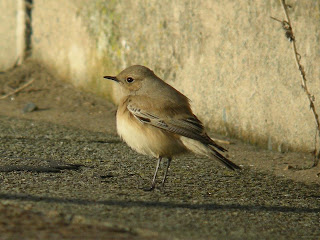 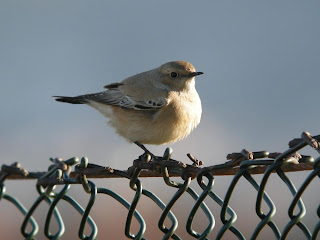 On South Uist (Western Isles) this afternoon, a PIED-BILLED GREBE then an AMERICAN COOT were found: the grebe was on Loch Smerclate whilst the Coot was showing well at Eilean nan Ramh, opposite the Co-op shop. The latter represents the 443rd species of the year.


Elsewhere, in North Wales, the female DESERT WHEATEAR was showing well (see photos above) north of Rhyl (Conwy), on the north side of the golf course on the beach opposite where the cycle path reaches from the golf course.

In Norfolk Breckland, the BLACK-BELLIED DIPPER is still to be found on the River Thet, in central Thetford