On Saturday 30 November, a drake BAIKAL TEAL was discovered at Marshside Marsh RSPB (Lancashire). Initial confusion surrounded the sighting as on the previous weekend, one observer had seen a hybrid duck resembling a Baikal Teal in the area. However, Chris Batty, Stuart Piner and other locals relocated the bird at Crossens Outer Marsh on the Ribble Estuary next morning, the bird favouring the same creek today when Tom Lowe, Allan Stewart, Paul Rowe and I visited this morning. It seems to be tidal, with the majority of the Mallard, Common Teal and Eurasian Wigeon it is feeding with flying out towards the mouth of the outer marsh creeks at high tide. The bird is unringed, wary and in excellent plumage condition and represents the first record for Lancashire; it is also perhaps likely to be the drake recently wintering in SW Ireland in the Tacumshin area of County Wexford.

VIEWING INSTRUCTIONS: A visit at high tide is preferable, parking in Crossens village on Banks Road just east of the bridge at SD 377 207. From here, cross the stile and continue WNW along the raised embankment/seawall for just under a mile to view the tidal creek and its sides at SD 372 216.

IMAGES: Paul Rowe and I took the following shots today prior to 1022, when it flew out at high tide into the outer reaches of the creek and marsh. 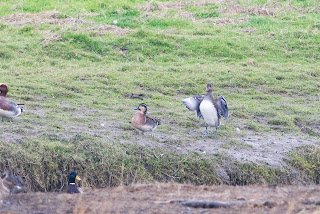 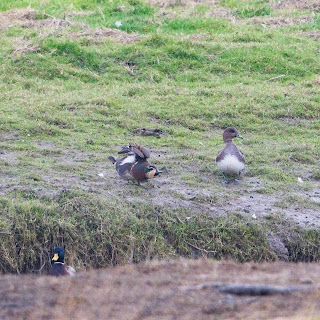 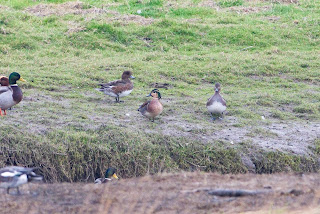 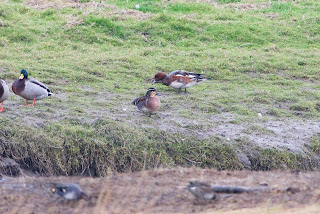 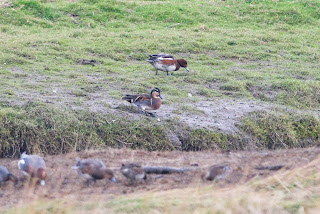 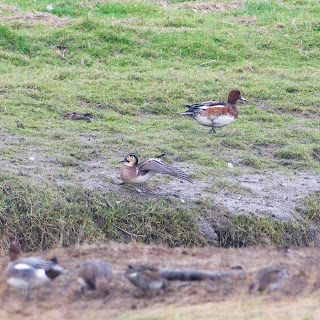 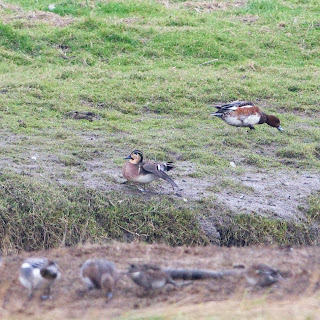 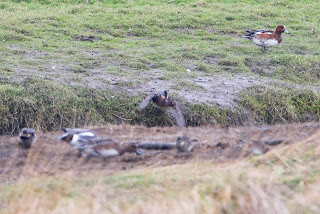 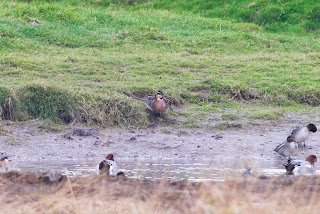 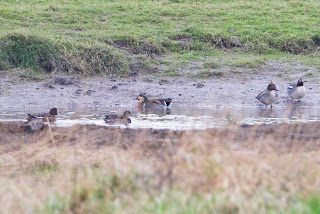 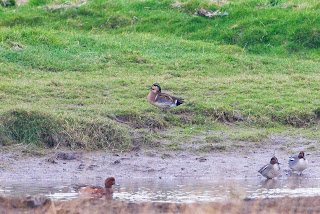 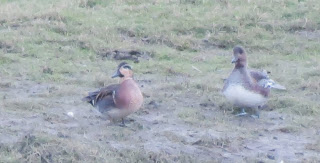 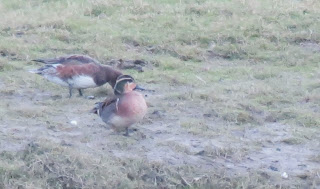 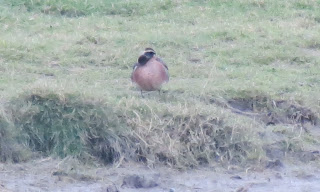 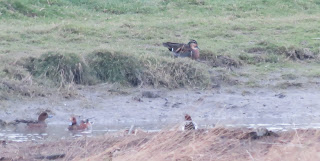 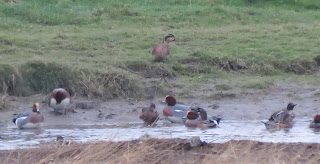 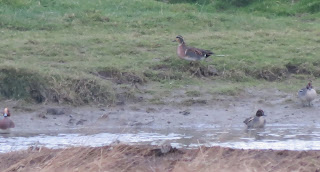 Killian Mullarney very kindly commented upon the images ''Many thanks for forwarding the series of beautiful shots of the Baikal Teal. I consider it highly unlikely that a first-year male could be so adult-like at this relatively early date in the winter and as I can see nothing that looks like retained juvenile plumage. I believe it is an adult. In addition to the adult-like pennant scapulars (it still doesn't have the full set) the tertials look like adult feathers and I would expect there to be some obvious retained juvenile plumage 'below the waterline' if it were a 1w. It hasn't fully moulted out of eclipse plumage, with some retained upper flank feathers, but I think that is fine for an adult at this time of year''.